Perhaps the most well-known martial art of them all is karate, which originated in Okinawa. It means “empty hand” in Japanese and is known as a striking martial art with many punches, kicks, elbow strikes, and open hand techniques. There are numerous sub-styles throughout Japan and dojos (training halls) all over Tokyo dedicated to the practice of the art. There are quite a few that offer classes in English. The Japan Karate Federation would be a good place to start.

Karate schools and information in Tokyo

If karate is the most famous of Japan’s empty handed, martial arts styles, judo is a very close second. Where karate is characterized by strikes, judo, which means “gentle way” in Japanese, emphasizes throws and takedowns. In competition, strikes are actually forbidden, and the goal is to pin or otherwise immobilize an opponent using a variety of joint locks and choke maneuvers. As with karate, there are numerous dojos around Tokyo where you can take classes. The Kodokan Judo Institute offers classes where at least one instructor speaks English and would be a good option for those interested in learning this very distinctive martial art.

Judo schools and information in Tokyo

Kendo, or the "Way of the Sword," is a Japanese sport descended from the samurai swordsman style. A contest consists of two individuals armed with bamboo swords called shinai while wearing armored jackets and helmets. The two combatants strike and thrust at each other with repeated yells and shouts as they duel, attempting to land a strike on defined targets, including the head, wrists, and torso. The first combatant to three points wins the match.

If you’re interested in participating in Kendo, there are plenty of schools around Tokyo where you can take lessons and compete. One notable school that offers classes in English is Tokyo Kyumeikan Kendo Dojo. There are also Kendo competitions throughout the year if you want to observe a match or two. The best combatants participate at contests put on by the All Japan Kendo Federation and some are held in Tokyo.

Kendo schools and information in Tokyo

Aikido is a modern form of Japanese martial arts. The focus of Aikido is to defend its practitioners while avoiding causing their attackers injury. Traditionally there are no tournaments or fights using Aikido as its goal is not to defeat an opponent but to work / train together. Aikido is also translated as The way of harmonious spirit.

Aikido schools and information in Tokyo 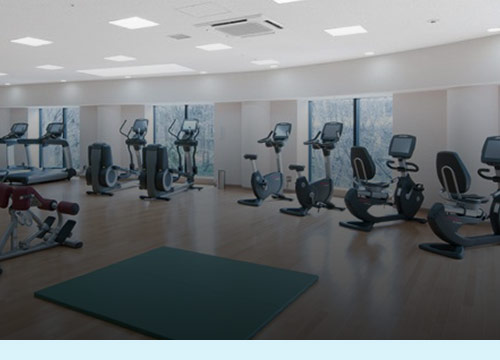 Rental Properties with a Fitness Gym in Tokyo
Rental apartments in Tokyo with a fitness gym or swimming pool. 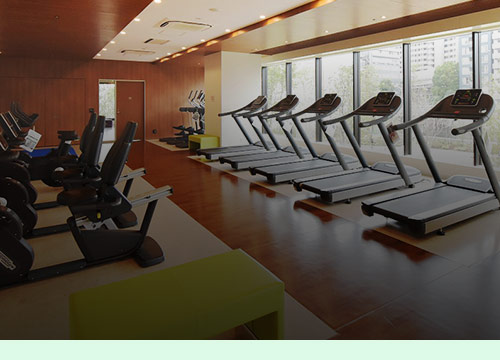 Properties with a Fitness Gym For Sale in Tokyo
Apartments in Tokyo for sale with a fitness gym or swimming pool.