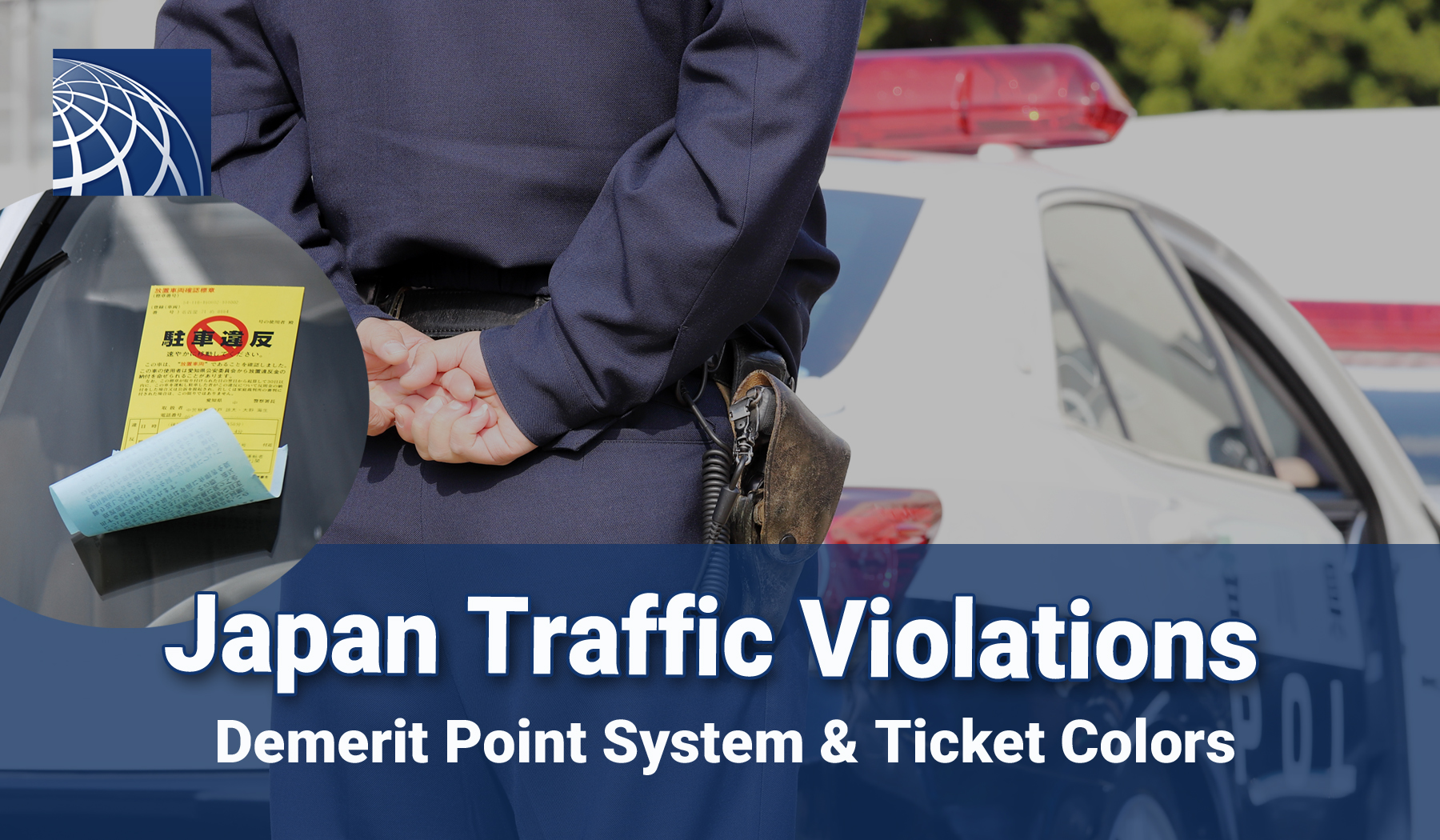 Whether you have an international permit or a Japanese driver’s license, Japan’s driving rules remain the same — as do the punishments if you’re caught violating them. If you’re concerned about staying on the right side of the law while behind the wheel, keep reading to find out the basics on Japan’s traffic violations and ticketing system, so you don’t get caught unawares and possibly lose your license.

Unlike many other countries, traffic violations in Japan are covered under a demerit point system—the bigger the offense, the more demerits you get. These demerits can last for three years, and while a lack of demerits can shoot you to the front of the line come license renewal time, you can also have your license suspended, revoked, or have to retake the entire test and driving course if you’re not careful on the road.

The following table shows the number of demerit points required before your driver’s license is suspended or revoked (license taken away), as well as the period of time for each.

Additionally, below are the demerits for a selection of common traffic offences: 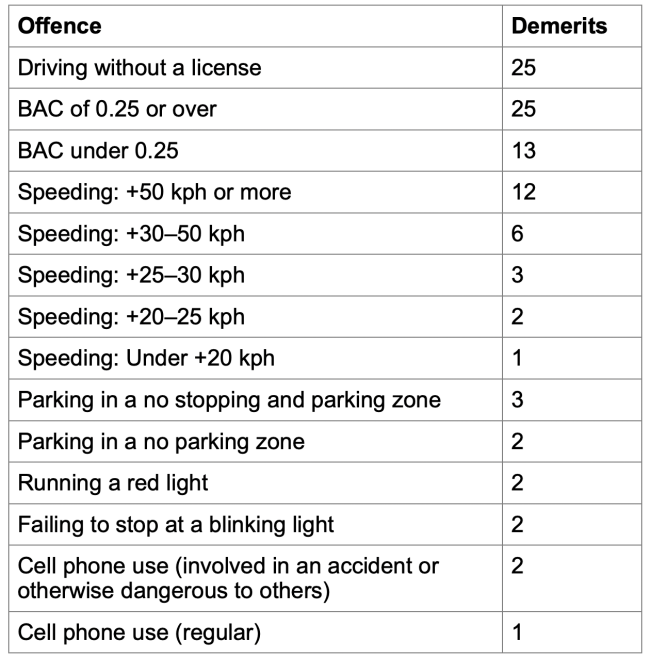 The better your driving record is, the more demerits you can accumulate without dire penalties. For example, someone with a spotless driving record who has a BAC under 0.25 (but is still driving under the influence) wouldn’t get their license revoked for one year, since the general limit is 15 demerit points for those with no prior traffic offenses. Instead, the punishment would be a 90-day suspension that allows the driver to keep the license.

Someone who has a history of traffic violations, however, may only have a limit of 5 or 6 demerit points before revocation, meaning that in the same situation as described above, the license would be taken away immediately.

It’s important to note that no matter what the offense, if the driver leaves the scene of an accident, an additional 5 demerit points will be applied to the license. 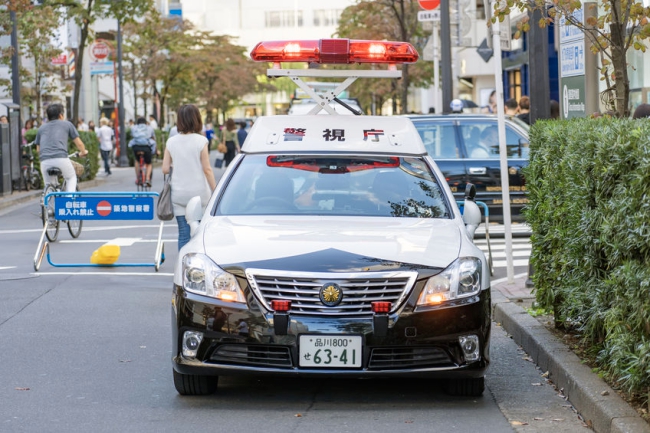 Furthermore, there are also criminal offenses that will require fines or jail time, such as vehicular manslaughter, driving under the influence, or any accident that injures another person or property. 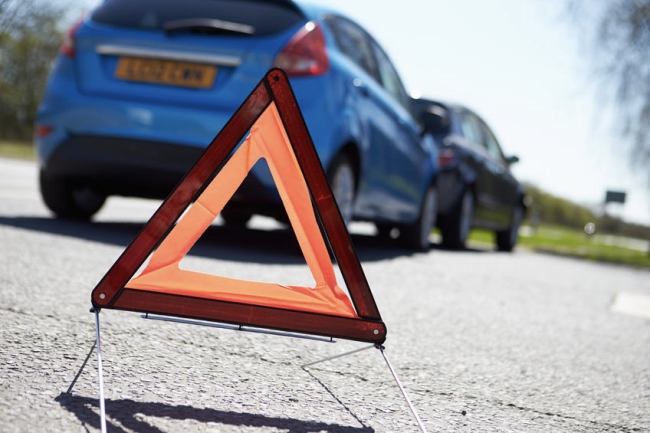 Types of Traffic Tickets and Fines

There are three types of traffic tickets in Japan: white tickets, blue tickets, and red tickets. You will know which type you receive based on the color of the paper.

White tickets are notices that you’ve committed an offence—they are issued for very minor infractions, such as failure to wear a seatbelt or parking in the wrong zone. White tickets only give demerits and have no fines attached to them.

Blue tickets are given for more serious driving offences than white tickets. These are in the 3–6 demerit point range, and while they are technically considered criminal offenses, paying the fine within seven days of receiving a blue ticket exempts you from any criminal responsibilities. This system keeps misdemeanors from mucking up the courts and wasting valuable time and resources. If you fail to pay or choose to contest the ticket, you’re required to attend either a summary or a formal trial and await your verdict there.

Red tickets are for serious offenses. One red ticket immediately suspends your license, and you’re put under trial: no exceptions. Community service, fines, jail time, or a lifetime ban on driving are all possible punishments under a red ticket. These are strict rules—even speeding over 30 kph is considered a red-ticket offense.

If you’re caught violating driving laws with a traffic camera, you may receive a yellow notice instead. Take this notice to your local police station as soon as possible. They will give you the appropriate color ticket as necessary.

How to Pay a Fine 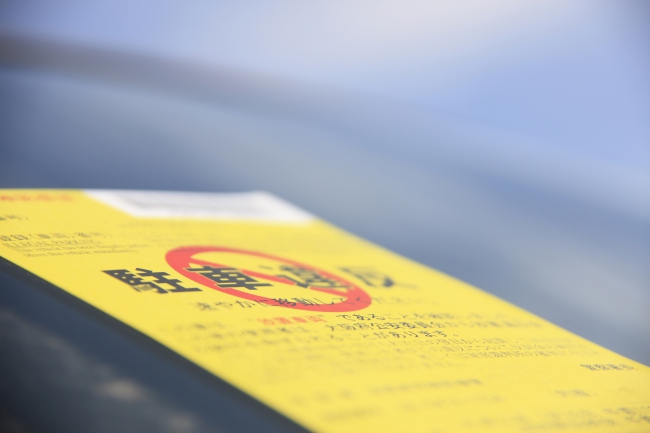 To pay your fines, you must take the ticket to your bank or local post office. Payments must be made in cash and no payment plans are allowed. This must happen within seven days of receiving the ticket, so don’t delay if you have a blue ticket! Failure to pay can lead to heftier fines or your license being taken away later on.

Violations with an International Driving Permit

While international permit holders do not receive demerits, they can still receive tickets, fines, or jail time. They can technically also receive the same equivalent punishments as listed in the Japanese demerit system, meaning they can have their license suspended or revoked in accordance with Japanese law. However, this does not change the status of the permit holder’s driver’s license in their own country.

Traffic Offences in a Rental Car

If you’re driving a rental car when you receive the fine, you will want to pay it before you return the car. Keep the receipt from the payment and give it to the rental agency when you return the keys. If you’re unable to or otherwise fail to pay the fine prior to returning the car, you will have to pay the rental agency’s fee, which can be up to double the actual cost of the fine itself.

Read More: How to Rent a Car in Japan

Driving in Japan is for the adventurous, so we suggest sticking to the country’s public transportation if you’re at all concerned. However, if you’re keen to get behind the wheel, we offer a series of in-depth articles on what you need to know when driving in Japan. Stay safe and explore all that Japan has to offer!