Setagaya City is a peaceful suburban-style residential area very close to Central Tokyo. There are cultural facilities such as art museums, libraries, and many parks making for a nice residential environment. It is also known to have many high-class residential areas.

Major commercial areas around Sangenjaya station, Shimo-kitazawa, Chitose-karasuyama, Jiyugaoka, and Futako-tamagawa serve as convenient shopping areas for many people from within and out of the city. Some foreign embassies are also located within Setagaya City.

Apartments and Houses for Rent in Tokyo
Listings of popular and luxurious rental apartments, condominiums, and houses in central Tokyo, including Setagaya City, designed with expats in mind. 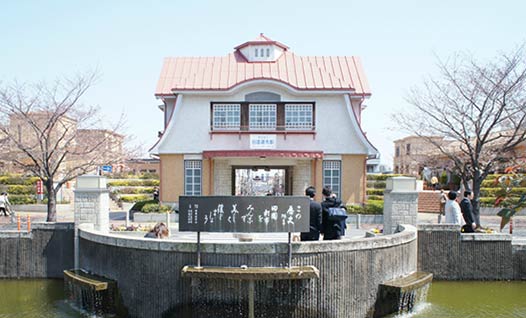 Properties in Central Tokyo with easy access to a large park.

Komazawa Garden House is an 8 story luxurious apartment located in a residential environment surrounded by rich greenery. The units are spacious with floor plans ranging from 2 to 5LDK. Facilities include a fitness gym, guest rooms, a piano room, concierge service and more.