Many companies placing their headquarters in Minato City has resulted in it becoming a center for a variety of business activities. Many foreign corporations and embassies can be found spread throughout this area as well. Due to a comparatively high population of foreign residents, Minato City can be considered one of the most international areas of Japan. Minato City’s business districts include areas such as Toranomon, Shimbashi, and Shiba. Also included within Minato City are its commercial areas of Aoyama, Akasaka, and Roppongi; its residential areas of Azabu and Shirokane; and its large-scale redevelopment districts of Shiodome and Daiba. Throughout Minato City are areas with an abundance of greenery and nature, such as The Crown Prince’s Palace, The State Guest House in Moto-Akasaka, Shiba Park, and the Institute of Nature Study in Shirokanedai. All these different areas which help to illustrate that Minato City has many different faces.

Within Minato City are many large-scale commercial complexes, with hotels and conference centers, such as Roppongi Hills, Tokyo Midtown, Toranomon Hills, ARK HILLS, and Shiodome Sio-site. The “Special Zone for Asian Headquarters” initiative–started by the Tokyo Metropolitan Government to attract foreign companies–includes the major business areas in the city: Roppongi, Toranomon, Shimbashi, Tamachi, and Shinagawa. Foreign companies establishing their head offices in these areas can enjoy preferential treatment such as local tax discounts, deregulation, financial support, business and life support, and more.

Minato City has the highest concentration of facilities and services for foreigners in all of Tokyo. There are many establishments that foreign residents will find a welcome convenience such as international schools, English-speaking hospitals, and international supermarkets. Luxurious housing in Minato City mostly consists of condominiums and single-family houses designed with European and American style layouts intended for foreign executives and diplomats. High-class condominiums usually provide front desk services in English.

Once you’ve made plans to move to Minato City, you will need to get your resident registration at the Minato City Office. You will have register within 14 days of the date you begin your residency in Minato City.

A subscription to Minato Monthly, an English-written public relations magazine for Minato City, is available here.

Please read and keep bookmarked Evacuation Areas of Minato City for easy access in the event of a disaster, the city also provides Minato City Disaster Prevention App for iOS and Android, the supported languages are English, Korean, Chinese and Japanese.

The Minato International Association holds various events for foreigners such as a Japanese classroom and events for introducing Japanese cultures. They also provides a free consultation service for foreign residents’ everyday matters.

Apartments and Houses for Rent in Tokyo
Listings of popular and luxurious rental apartments, condominiums, and houses in central Tokyo, including Minato City, designed with expats in mind. 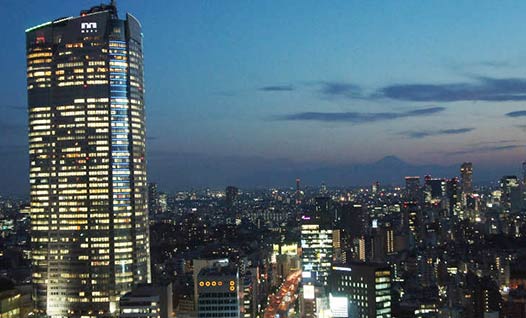