New large-scale redevelopment around Shibuya Station getting into full swing

Redevelopment projects around Shibuya Station are finally getting into full swing.

Shibuya Station is a main hub station of Tokyo where many people come and go. In many areas around the station, large-scale redevelopment construction is now under way. 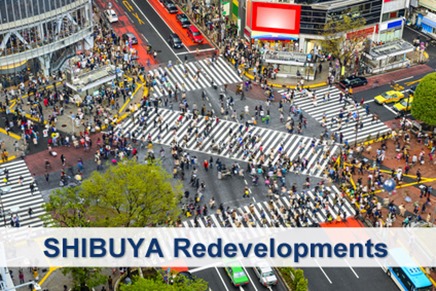 The groundbreaking ceremony of the starting of construction was held on July 31st last year, and construction of the symbolic “Shibuya Station Block East Building” started. The East Building will be the height of 228.3m with seven floors underground and 46 stories above ground, which is the tallest in this area – it is 45m taller than “Shibuya Hikarie” which was completed in April in 2012 and is the height of 182.5m. It is located where the former Shibuya Station of Tokyu Toyoko Line and the East building of Toyoko Store of Tokyu Department existed. The scheduled completion will be the end of July in 2019, and the East Building will be the new Symbolic Tower in Shibuya in 2020 when the Tokyo Olympic Games will be held.

The 2nd construction phase will be the Central Building and the West Building located over the JR Shibuya Station from the east to the west side. The Central Building will be the height of 61m with 2 floors underground and 10 stories above ground; the West Building will be the height of 76m with 5 floors underground and 13 stories above ground, both of which will be built for completion in 2027. The completion of the 2 buildings will not be in time for the Tokyo Olympic Games but will be in time for the business opening of Linear Chuo Shinkansen Line by JR Tokai, and these 3 buildings will dominate the skyline over Shibuya Station by the year 2027.
The East Building will plan to have large-scale commercial facilities of a total of 30,000 square meters in area on the lower floors up to the 14th floor; 15th floor plans to be an information exchange space for creative software industries; and the rest of the upper floors will be offices. The building will have the role as “the Doorway of Shibuya”, and will have direct access to the Tokyu Toyoko Line, Tokyo Metro Ginza Line and JR Yamate Line. The East Gate Square in the building will have a multi-floor transit space from the underground to the upper floors which will make changing trains and access to the street easier. There will be a space designated for accepting those who have difficulty going home during times of disaster.

One of the other blocks planned for redevelopment is “Shibuya Station South Block” which is located in the immediate south side of Shibuya Station across the Route No. 246 Street. After the train tracks of Tokyu Toyoko Line was newly constructed underground between Shibuya Station and Daikanyama Station, development of the area where the tracks were became possible, enabling to build a building complex with the height of 180m, 4 floors underground, and 34 stories above ground. Other than office floors, a hotel, hall, and commercial facilities will be equipped in the building.

In addition, there is also a plan to have the Shibuya River flowing through with water that has been treated and cleaned according to the Tokyo metropolitan government initiative to resurrect historical rivers with sewage water cleaned with the newest technologies. There is also a plan to plant trees alongside the river and construct a terrace space and promenade. A partial opening of the renovated block will be planned in 2017.

Dogenzaka Block has a plan to build a building complex with 5 floors underground and 17 stories above ground in the location near Tokyu Plaza Shibuya. It will plan to include the Bus Terminal with the departure and arrival depots for airport shuttle buses on the 1st floor, high-grade office floors on the upper floors, and commercial facilities on the middle floors which will attract many customers from all over the world. The building will be scheduled to open in 2018.
In connection with redevelopment around Shibuya Station, the “Urban core”- pedestrian traffic lines connecting different floor levels, and the walker decks will be constructed at the same time, which will contribute to the reorganization of the Shibuya Station West Gate Traffic Square and will connect the station facilities and the neighboring city areas. Traffic infrastructure around the block will be enhanced by consolidating and networking the traffic lines, making the block a New Gateway to Shibuya as an International Tourist and Cultural City. There are other plans to improve the business environment for foreign companies in hope of advancing their business in Japan, and also additional support facilities for tourists and entrepreneurs from Japan and overseas. 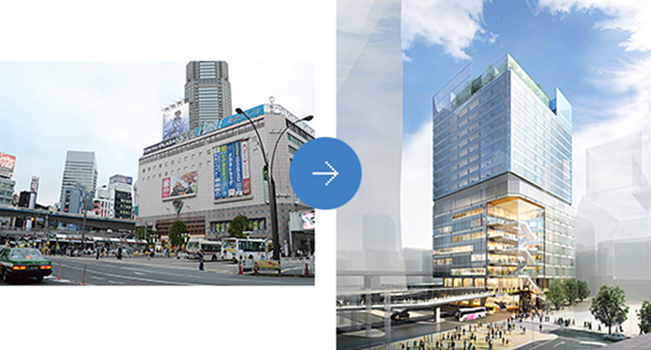 “Sakuragaoka Block” is located in the southwest of Shibuya Station West Gate across the Route No. 246 Street, and is inconvenient for access although the block is close to the station. In connection with the redevelopment around Shibuya Station, the pedestrian traffic lines connecting the different floor levels named “Urban core” and the walker decks will improve the access from the station to the hilly areas of the block.

The planned redevelopment areas are Sakuragaoka-cho No.1 to 4, and 8, and the total site area will be approximately 17,000 square meters. The planned buildings in the areas include a 180-meter, 36-story “A1 Building” and a 90-meter, 15-story “A2 Building” for office and commercial use, a 150-meter, 32-story “B Building” for condominium, and a 30-meter, 4-story “C Building” for a church. The total floor area will be 241,400 square meters and the plan also includes lifestyle support facilities and international medical facilities to help residents, workers, and foreign business people in the block for emphasizing an “International City Shibuya”.

Among the 4 Blocks for Shibuya redevelopment, the plan for residences is included only in the Sakuragaoka Block. 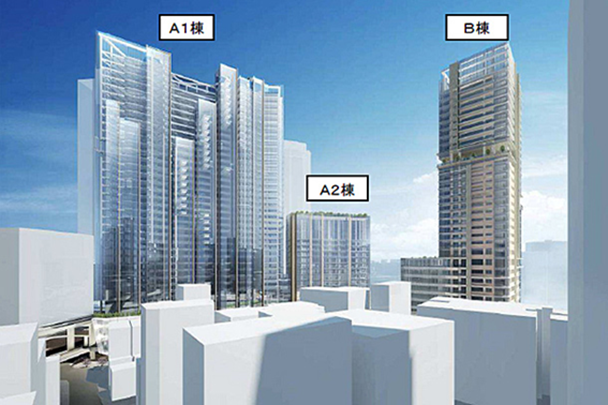 These redevelopment plans are really large-scale and only happen once every 50 to a 100 years, and the whole town of Shibuya will change completely. Modern high-rise buildings will mushroom around the station and will greatly change the current cityscape of Shibuya including the station building. The plan includes allowing easy access between each high-rise building by walker decks and underground passages. The on-the-ground promenade and open spaces are planted beautifully, and Hachi-ko Square that is a famous meeting place will be expanded 1.5 times more than the current space.

One of the objectives for these redevelopment projects is “to make an environment to cultivate high quality creative contents “and also to enhance the attractiveness as a business hub. As the whole town will be redeveloped by infrastructure enhancements, disaster prevention measures, planting additional trees and greenery, Shibuya will become an international base for transmitting Japanese culture to the world and attracting many people including not only youth and tourists but also businessmen.

Apartments and Houses for Rent in Shibuya
Listings of popular and luxurious apartments, condominiums, and houses designed with expats in mind.

Apartments and Houses for Sale in Shibuya
Listings of popular and luxurious apartments, condominiums, and houses near Shibuya Station. 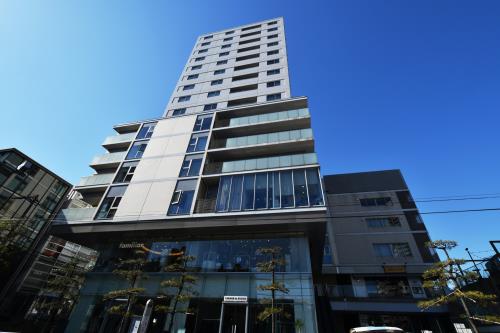 Only 1 min. walk from Daikanyama Sta.! This location makes it possible to enjoy Daikanyama life completely. In addition, this hotel-like property offers comfortable and convenient lifestyle. It has dry cleaning boxes, and clinic within the property. Parking is located in the basement. The 24h on-site management assures reliable security system. The interior appears modern. 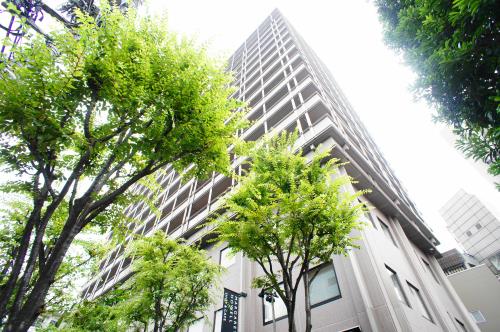 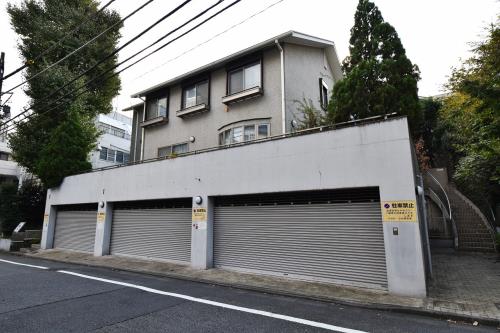 Nampeidai is known as luxury residential neighborhood on the hilltop located in the midpoint between Shibuya and Daikanyama. It takes only a few min. walk to the trendy area in Daikanyama. This is a spacious compound residences geared towards foreign families. 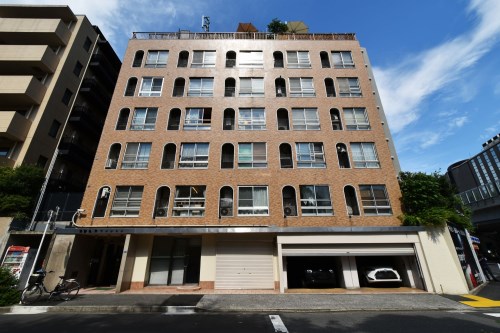 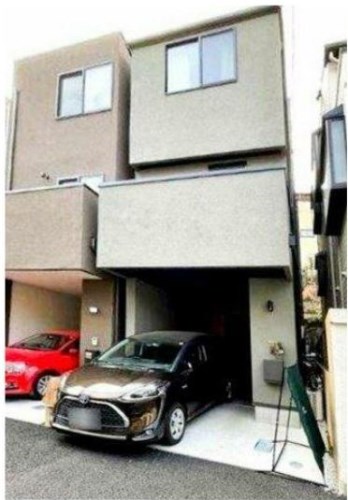 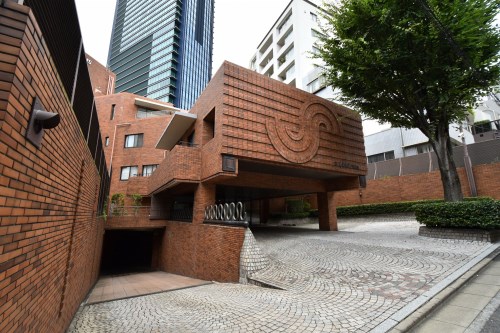