What is the Yamanote Line? The history and its Origin 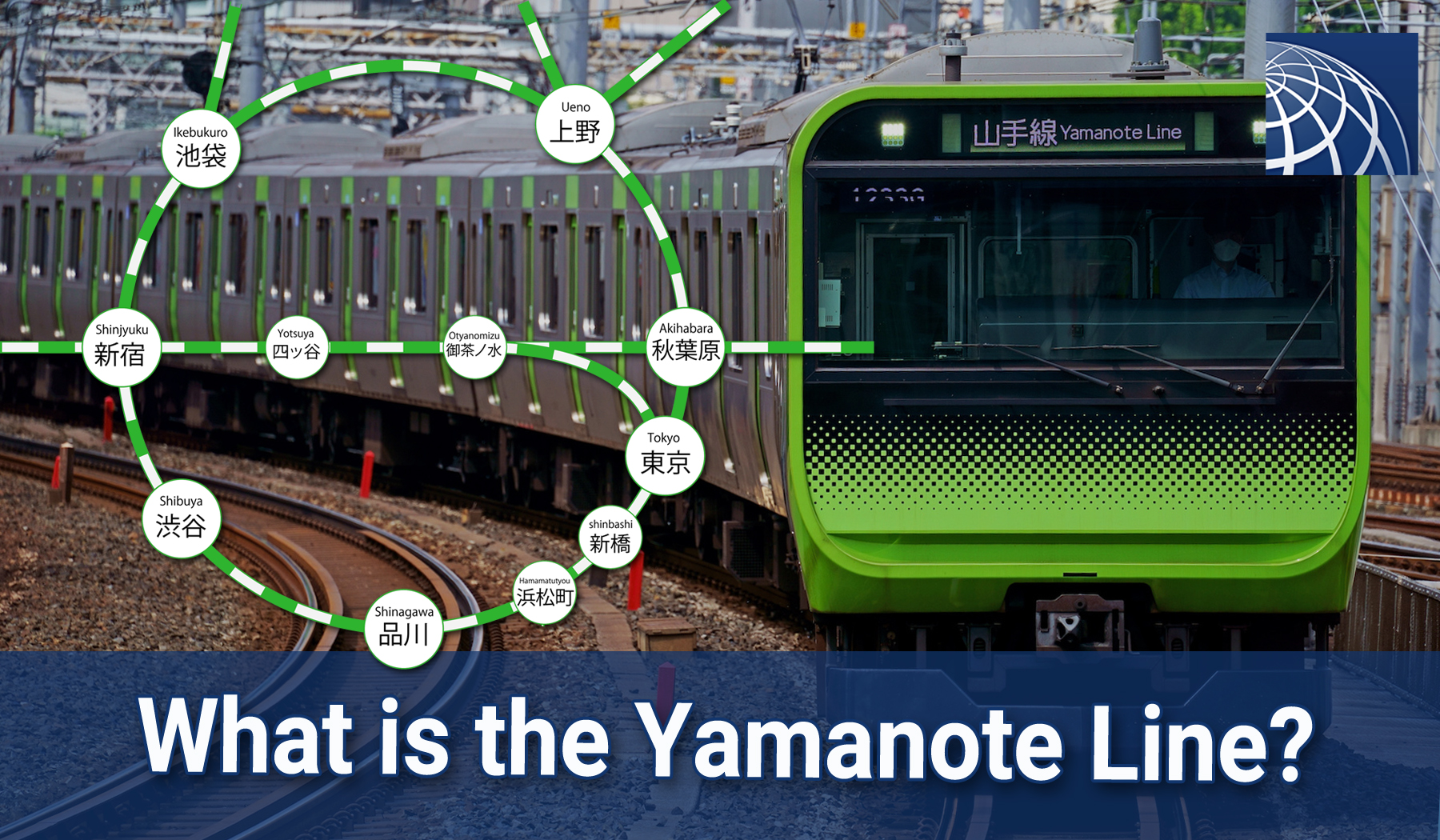 The JR Yamanote Line is an important railway line supporting Tokyo's huge transport networks, circling the center of the city and connecting the main transport routes. Government offices, business districts and commercial areas are concentrated inside and along the Yamanote Line. As a loop line, the route map is easy to follow and there are many transfer stations with trains leading to other parts of Japan, making it very convenient for foreign tourists as well.

What is Yamanote Line? 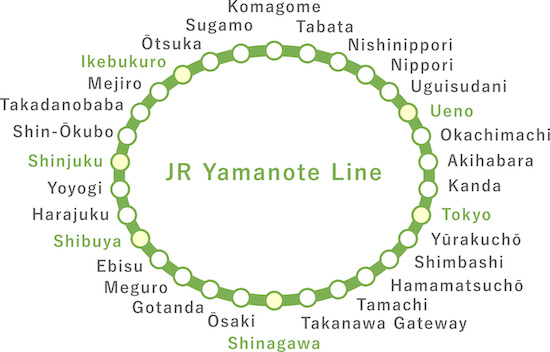 The Yamanote Line is a loop line connecting the major cities of Tokyo, stopping at 30 stations and taking approximately 60 minutes to complete its 35km length. It is also characterized by frequent departures at intervals of approximately 3-5 minutes. As it is a loop line, it is not indicated with a 'destination' but with "Outbound" for clockwise direction and "Inbound" for anti-clockwise direction.

> Finding a Train Route in Tokyo

Starting from Shinagawa Station, trains heading towards Ebisu and Shinjuku are outbound, while those heading towards Shinbashi and Tokyo are inbound. The last train terminates at either Shinagawa, Osaki or Ikebukuro Station.

> IC Cards in Japan: Traveling with Suica, PASMO and More

History of the Yamanote Line

The Yamanote Line began running in 1885, connecting Shinagawa Station to Akabane Station via Shinjuku. At the time, the line didn't carry passengers; instead, it served as a freight train that carried supplies to the outlying areas. The loop line as we know it today was not formed until 1925, after the line had been gradually built up. The combination of the various lines mentioned above resulted from the gradual increase in the number of lines.

Origin of the Name - Yamanote

Yamanote (or Yamate) is a term referring to a slightly elevated area, and the western area of the Tokyo metropolitan area is also called Yamanote. The Yamanote Line's initial route between Shinagawa and Akabane gave rise to its moniker as a line connecting the Yamanote region. Incidentally, the opposite of Yamanote is " Shitamachi," which includes Asakusa, Nihonbashi, and Ningyocho.

The hilly neighborhood in Yokohama, also known as Yamate, used to house a large number of foreigners. There are several other places in Japan with the name Yamanote or Yamate.

There was a time when the Yamanote Line was called "Yamate-line," but it is now officially unified as "Yamanote-line".