Cycling in Tokyo reveals a side of the city most never see. Unchanged neighborhoods, hidden temples, quaint family run stores, and parks and museums galore can be visited far easier on two wheels than by train or even car. So, whether you are riding a top of the range imported model or a single-gear bike, there is something for everyone. Just learn a few Tokyo bicycle rules, watch out for pedestrians, and off you go. 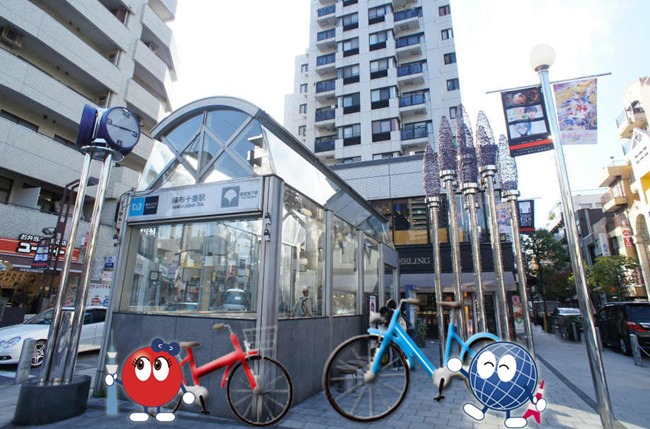 Certain rules and regulations cyclists from overseas may not be aware of do come into play when cycling in Tokyo. First and foremost, all bicycles must have a working front lamp and reflector at the rear. Bells are supposedly a legal requirement but this is not enforced, and conflicting reports from authorities in Japan even mention that using a bell on the sidewalk is illegal.

Bicycle insurance is not legally required, but like all vehicles, Tokyo bicycles must be registered with local authorities. This costs just 500 yen and can be done when purchasing your bike. Simply fill out a form and the store staff will issue you a small orange sticker to be displayed on the frame. Keep in mind that you will most likely have to write your name and address in Japanese, so bring a helpful friend if you are unable to do that yourself.

Important: Foreign residents or visitors should make sure they always have a passport or Japanese government issued ID. The police can, and do, stop cyclists to check ownership and carrying these documents at all times is a legal requirement for non-Japanese, so don't get caught without them.

Once registered and ready for the road, remember that in Japan cars drive on the left. Unless there are designated bike lanes or joint use sidewalks for use by pedestrians and bikes, bicycles must also keep to the left of the street.

If you are riding on a joint-use sidewalk you also need to make sure to follow pedestrian rules. This also applies to cyclists using the main thoroughfare. At the junction do as the pedestrians do; keep left, and you won't go wrong. Remember that pedestrians always have right of way, and many do not take kindly to bells being rung to warn of the approach of a bicycle from behind.

While cycling in Tokyo does provide a great deal of freedom, there are some things you simply cannot do. As with motor vehicles, cycling under the influence of alcohol is prohibited. Wearing headphones, using a cellphone or carrying an umbrella are also technically banned while riding a bike. While there are laws about these things, do not be surprised to see locals ignoring them on a regular basis.

Finally, bicycles can only ever be used by two people if one is aged over 16 years of age, and the other is under six years of age. The child must be carried in a specially fitted child seat. Whereas in many countries it is illegal to cycle without a helmet, it may surprise many Westerners to know that when cycling in Japan, helmets are only mandatory for those under the age of 13.

If just passing through or interested in the sights, many of the busiest areas don't even require you to park. Just get off and push your bike if the crowds increase and hop back on when they thin out. But when you do park the options are plentiful. Designated street side parking areas, and underground sites monitored by security cameras all exist to make the cycling experience as convenient as possible.

Tokyo bicycle parking can at first appear daunting, but generally it is easy enough to park a bicycle at or near major stations or sightseeing spots. Many areas have easily identifiable parking areas (see photo) at reasonable rates, or in some areas free of charge. Most parking lots are by the hour, some for as long as 24 hours.

Parking on the street and locking your bicycle to a railing is also an option, but local authorities do make the rounds and pick up bicycles in 'unauthorized' areas. Many unauthorized areas are made clear at busy intersections or stations with signs marking no-parking areas in red.

If your bike is noticed in an unauthorized area you may initially get lucky and just be issued a warning sticker. Alternately, you could return to the parking spot to find your bicycle gone. Fear not—all is not lost as long as you registered your bike in the first place. Wait a few days and a postcard will arrive telling you the particular bicycle pound in which your bike is being held. Head down to said pound with your ID, pay the fee listed on the postcard and you will soon be reunited with your mount. If no postcard comes in a reasonable timeframe, though, your bicycle might have been stolen.

Should your bike be stolen, and not merely removed from an unauthorized parking area, fortunately there is a remarkably high chance it will one day come back. This is thanks in large part to the regular police stops made on cyclists, and few thieves ever opting to ride a stolen bicycle for long; most prefer to abandon their pilfered bike near a train station or by the side of the street.

If picked up by the local authorities, the stolen bike will go into the system mentioned above, and you will get a postcard telling you where to go to pick it up and the fee required for its release. To avoid paying said fee, report your stolen bicycle to your local police box as soon as you notice it is gone; the police report will nullify the need to pay to get your bike back.

Cycling in Tokyo is for Everyone

Besides the obvious health and long term cost benefits of cycling in any major city, cycling in Tokyo will truly open up the Japanese capital for those opting for a day, a week, or even longer in the saddle. The city proper is an intricate maze of local neighborhoods, upscale shopping areas, and out and out tourist attractions plus much, much more that is surprisingly accessible when on a bike. So trade the hassle of train times, subway transfers and Japanese language-only buses for freedom on two wheels—you won't regret it.

If you would like to learn additional ways to stay in shape while living in Tokyo, be sure to read our guide to Tokyo Gyms!