Azabujuban Shopping Street has prospered as a temple town of the Zenpukuji Temple since the Edo Era for over 300 years. The area also prospered as an important crossing point for traffic centered along the Furukawa River, and was home to horse fairs and riding grounds. Many daimyos built their second homes here. With the residences of their vassals in the area, the surrounding town soon filled with other merchants and normal residents.

Zenpukuji Temple is known as the place where the first Tokyo legation of the United States of America was established in 1859 under Consul-General Townsend Harris. A historical monument of this historical event can be found on the premises of the temple. 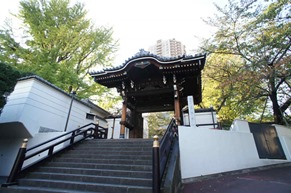 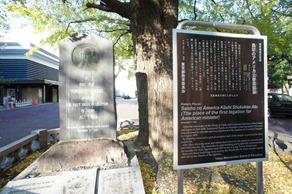 Today there are more than 20 embassies around the area as well as many foreign residents living in the area. The name Azabujuban was legally decided upon in 1962 by bringing back the old area name it was commonly known by during the Edo Era which was ‘Juban-kumi (=10th Group) residence’ or ‘Juban (=10th) Bridge’.

Along the Azabujuban shopping street, which has the atmosphere of an Edo Era old village, attracts many foreign visitors with its more than 300 new and old shops lined up. There are many long standing shops which were established more than 100 years ago.

‘Naniwaya Souhonten’ is famous for ‘Taiyaki’(a Japanese style pancake with sweet bean filling) made with a traditional manufacturing method since the establishment of business in 1909.
‘Tanuki Senbei’, which was established in 1928 and became the exclusive “Imperial Household Ministry contractor” as a rice cracker shop, has very popular rice crackers baked by the original ‘direct baking method.’
‘Mamegen’, which was established in 1865, is pursuing a wholesome taste of bean cake by a manufacturing method that preserves and enhances the characteristic and flavor of the bean.
‘Azabu Nagasaka Sarashina Honten’, which is a traditional Soba noodle shop (buckwheat), is popular with Japanese and foreign actors and artists. 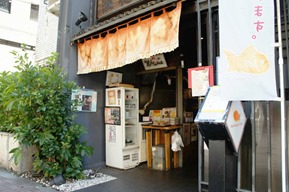 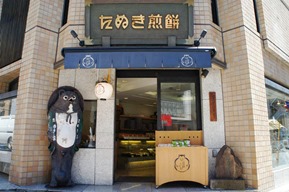 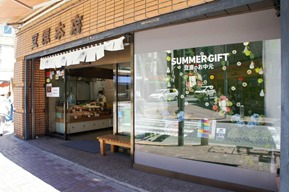 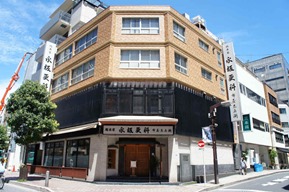 A lot of new stylish shops and restaurants have recently opened with many of the shops being popular among youth and foreigners creating an eclectic mix of stores on the shopping street. ‘Cafe La Boheme Azabujuban’ is a stylish Italian restaurant and bar. ‘nico donuts Azabujuban’ is popular for its doughnuts which are made with healthy materials and manufacturing method. ‘Honolulu Coffee Azabujuban’ originated from a coffee stand in Honolulu. These shops that are introducing new food culture are attracting more youth and foreign visitors to the shopping street.

Azabujuban Noryo-matsuri Festival held in August (It will be held in the area along the shopping street from August 25th(Sat.) to 26th(Sun.) in 2018. The time will be from 15:00 to 21:00) is the biggest annual event at Azabujuban Shopping Street. 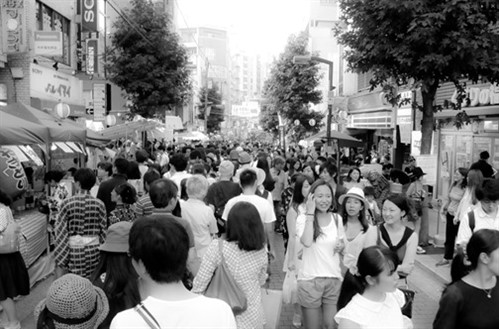 
During the festival various events are held, temporary specialty stores are opened with products and foods from various parts of Japan, Street stalls, entertainment by popular comedians, musical accompaniment by Japanese traditional instruments,‘Kodomo Fureai Hiroba (=Children’s communication Square)’where there are many entertainment options for children to play with, and the ‘STAGE 10-BANG’set-up in the Patio Juban. Many domestic and foreign people visit the festival. There are stalls set-up by well-known restaurants and stores in Azabujuban, and also stalls from various countries in the international bazaar with the cooperation of approximately 30 embassies, making it possible to enjoy a variety of genuine international flavors in one place.

Apartments and Houses for Rent in Azabujuban
Listings of popular and luxurious apartments, condominiums, and houses designed with expats in mind.

Apartments and Houses for Sale in Azabujuban
Listings of popular and luxurious apartments, condominiums, and houses in one of Tokyo’s most refined and luxurious residential areas.