This is article was provided by Mr. Ziv Nakajima-Magen, a partner and executive manager at Nippon Tradings International.


It’s that time of year again – as 2018 kicks into gear, all major real-estate industry players have published their annual 2017 statistics, summaries and, perhaps most importantly, predictions for the coming year. As always, we will attempt to collate this vast amount of data into major takeaway points and actionable items for investors in Japan’s property arena, who are wondering where to place their bets this coming year. 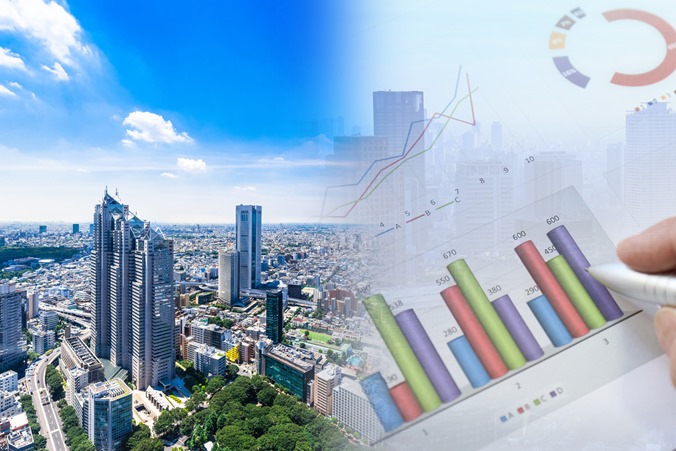 A recurring trend in all major Asian investment destinations, which has featured majorly in Japan as well, is the constantly increasing inflow of capital into the region. As the vast majority of investors have reported an overwhelming tendency to buy and hold existing assets, as opposed to selling – due mainly to the high demand and severe lack of attractive new deal potentials – transactions have been slow and far between, with attractive deals being snatched in a heartbeat, either by asset-starved private investors and funds, or by the continuous influx of institutional investors, for whom even the ultra-low yields generated by prime core properties beats existing returns from other asset classes, mainly sovereign bonds, which have been trading at close to zero yield in Japan (PWC/ULI). This has resulted, for instance, in a huge drop in commercial sales volumes in Tokyo, traditionally one of Asia’s top two core markets, which have been down 33% for the first half of 2017 (RCA). This competition has also resulted in more creative investing and a focus on alternative asset classes such as logistics/warehousing (more below), assisted senior living, student housing and data centres – the latter, in particular, is gaining traction, as data consumption is set to more than double in Japan by 2020. And while almost all of the above asset classes require specialized operators who can profitably manage them, locating and partnering with such operators is an attractive strategy for those seeking higher yields in an ever-compressing environment.

As noted in last year’s predictions, this intense competition, coupled with an expectation for decreasing rents in Tokyo, have seen capital flight to other areas of the country, such as Osaka and Yokohama – both of which have now seen yield compression almost identical to Tokyo itself – as well as to other regional centres such as Fukuoka and Nagoya. This trend has been pronounced to such a degree that, even as Tokyo commercial transactions have dropped by a third, the national average has actually increased by 14% - purely by virtue of the afore-mentioned provincial transaction volumes. In fact, when taking all sectors of the property investment market into consideration, Japan’s other major outlying destinations now account for more overall transaction volume than Tokyo (CBRE).

This trend is due not only to the intense competition for viable assets in the nation’s capital, but also due to higher yields and highest potential for rent increases, however slight, as opposed to expected rent decreases in Tokyo throughout the course of 2018.

Increasingly popular throughout Asia, co-working and shared office spaces have been the major demand driver for office spaces in many major markets – this trend, which leads to forecast increased vacancies in the office space, further boosted by a slight over-supply of new office developments, is one of the reasons commercial rents are stagnant or forecast to drop in major cities, mainly Tokyo (CBRE) – where office capital values overall have been second only to Hong-Kong, the world’s most expensive property market, in the second quarter of 2017 (PWC/ULI). And while, in the eyes of many traditional investors, that particular investment class is still considered unreliable and dubious, market reality seems to dictate otherwise.

Another break from the mould is the rude awakening that retail operators and owners have been going through – with the exponential increase in e-commerce as opposed to traditional brick and mortar shops and shopping centres. CBRE predicts that retail rents in prime areas will continue to trend downwards in 2018, as they have been doing throughout all of 2017. Another result of the e-commerce boom, which has been noticed and intensified, as predicted, throughout 2017, is the increased popularity of logistics and warehouse facilities in and around Tokyo and other major cities – while developers have been trying to keep up with demand, particularly in Tokyo, these assets are still red-hot and their prices continue to rise, which has led many investors to accept higher risk levels and adopt “built to let” strategies, which enable them to gain slightly higher yields overall – particularly since construction costs in Japan are now more reasonable and development more affordable as a rule, due to the depreciation of the Japanese Yen. However, the lack of available land for development in Tokyo itself hampers this strategy, and serve to further heat up the logistics sector, as demand far outstrips supply for this asset class. Some institutional investors have even taken to buying contaminated land, cleaning it up, which is a lengthy and complicated process, but leaves them with attractive land parcels in prime locations (PWC/ULI).

Another way in which retail operators and investors attempt to keep their retail assets profitable is by leasing out to food and beverage shops, or other retailers whose wares are less likely to be available or popular online – these types of tenants generally pay lower rents, but are more likely to stay in business over the long term, for lack of online shopping alternatives. Some shopping centre operators have even converted some of their retail space into warehouse facilities for e-commerce operators, adopting a less profitable but more practical “if you can’t beat them, join them” mentality.

Commercial is “out” – residential is “in”

As the buzz of “Abenomics” (prime minister Shinzo Abe’s economic re-invigoration policies, first rolled out in 2012) dies out, property price hikes taper off, and rents become stagnant again (and, in Tokyo, are forecast to decline, as mentioned), the global mindset towards Japan has come to terms with the country once again shifting back into a low inflation, low interest rates and low growth environment, as predicted – as evident by the almost completely stagnant land price graph for 2017 (Mitsui Fudosan). While Japan’s Real Estate Institute (JREI) forecasts slight price hikes on condominiums until 2020, as industry expert JPC (Japan Property Central) correctly states –

“Forecasting future property prices is an impossible task and data can be unreliable due to the unpredictable nature of the market and the factors influencing it.  Back in 2014, the Institute forecasted that the average price of a new apartment would be 816,000 Yen/sqm in 2020, while the latest forecast puts it at 959,000 Yen/sqm (a 17.5% difference).”

The fact that Tokyo condominium prices are now approaching their last pre-bubble peak in 1991 (Real-Estate Japan), also constitutes a Psychological barrier for many potential buyers, and further adds credibility to the concern that further price hikes may be un-likely. Japan’s GDP growth forecast, although recently slightly updated by the OECD to 1.2%, is also grinding down to a halt, and while it hasn’t slipped back into deflation, also hasn’t seemed to recover significantly since its last peak at 2010 of 4.2%.

With all this in mind, many investors are now shifting their focus from commercial properties to residential real-estate, which is considered far less volatile as far as vacancies and rents are concerned – since businesses open, close, upgrade and downgrade with the economy – while everyone still needs a place to live. This further boosts an already competitive arena of residential property investors who either buy or develop residential properties to rent. And while there is a large question mark over the prospect of rent increases in this sector as well, due to wage inflation stagnation, the move from commercial to residential, which has further increased competition on the residential front, has also contributed to the migration from Tokyo to other investment destinations in Japan, as yields have become too compressed for comfort in Tokyo and Yokohama (PWC/ULI).

The compressed yields trend has, of course, not skipped the REIT market in Japan, which has lost approximately 8% of its value as of October 2017, with an average return of 4.2% overall. The fact that J-REITs are among the world’s most expensive per share, has led many investors to reduce their portfolio allocations for this asset class or, alternatively, switch over from a variety of hedged mid-level funds to either top, large asset oriented ones, or smaller, more specific alternative asset focussed selection of those.

Hotels star ratings do not dictate popularity with investors

In the lead-up to the Olympics, which has seen a huge boost in AirBnb short term type operations and led to forecast 100% occupancy rates in Tokyo’s hotels, investors have also expressed great interest in low budget accommodation, as opposed to the traditional focus on 4 and 5-star resorts. The increased interest in Japan as a tourism destination has led to an ever-growing tourist influx, which includes not only luxury and corporate guests, but, first and foremost, low budget travellers – including mainland Chinese, who seem to have re-emerged as one of the Japan’s top tourist spenders (up 17.3% year-on-year as of May 2017 – PWC/ULI). These types of travellers prefer to invest their limited budgets in their trip rather than their accommodation. As a result, there has been a large spike in interest in 2 and 3-star hotels, who cater to this type of guest. 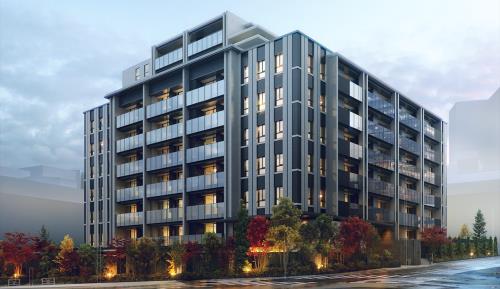 In Shibuya, a continuously evolving global city. It is one of the Parkhouse branded apartments sold by Mitsubishi Estate Residence Co. Ltd., built in a quiet hilltop residential area of Nanpeidai near Cerulean Tower. The shared spaces are beautifully designed to pursue the excellence of the Japanese sense of spatial beauty. Front desk services and concierge services are filled with hospitality. The unit rooms offer a line of functional equipment for comfort such as a bathroom with mist sauna function. 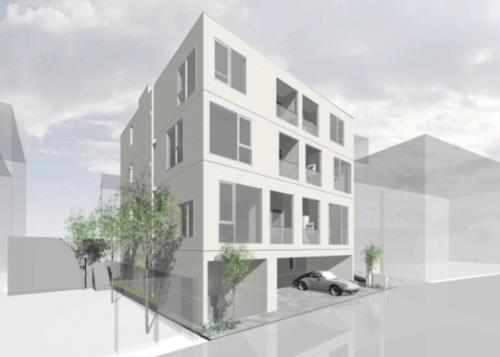 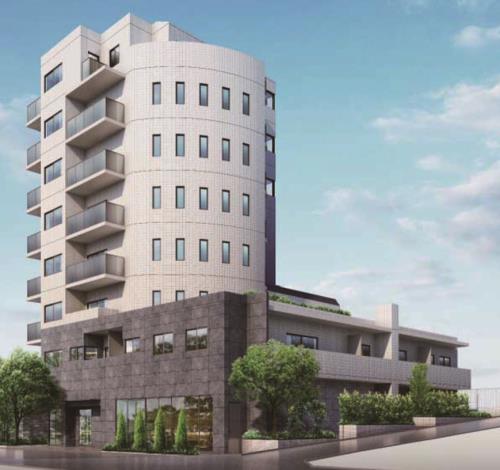 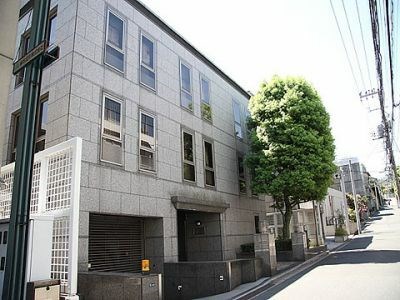 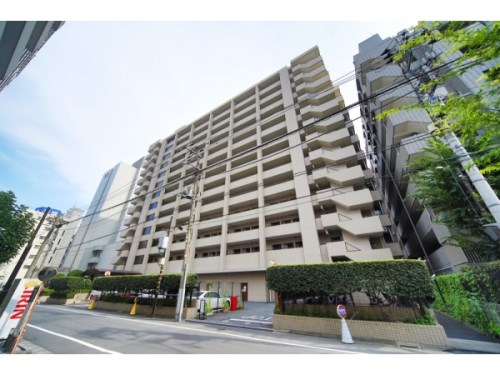 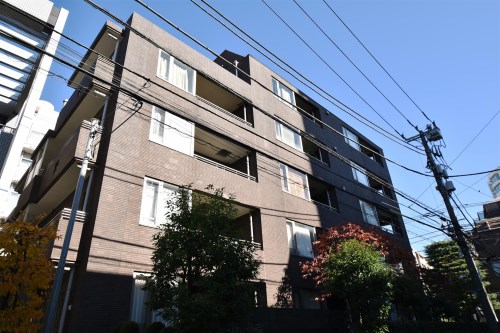 It is a penthouse corner unit with 2.8M ceiling height and a roof balcony, providing open living floor space, plenty of sunlight from 3 directions, bright living environment and good ventilation. Full renovation by a European owner completed in the spring of 2018 and it now comes with modern, simple, and stylish interior design. It is nicely located close to convenience stores and supermarkets in the neighborhood, and also having Azabujuban Shopping Street and Roppongi Hills within a daily living area.