On March 29th, 2014, a part of the Tokyo Annual Planning Road, Circular Route 2 (Ariake, Koto-ku to Kanda via Shinbashi and Yotsuya) was opened.  At the opening ceremony, Tokyo Metropolitan Governor, Mr. Masuzoe stated “It is our goal to develop an international promenade that is equivalent to Champs d’Elysees in Paris by developing fashionable storefronts and open cafés around it. 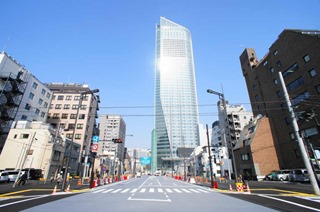 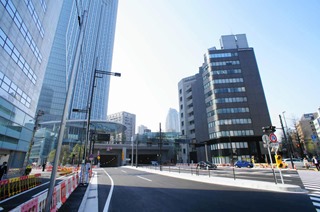 The road between Shinbashi and Toranomon has been nicknamed as “illusory General MacArthur Road” after General Douglas MacArthur, Chief Commander of GHQ because of the rumor that during the occupation the American military was planning to develop a 100 meter wide road from the American Embassy in Toranomon to Takeshiba past Shinbashi.  In reality, the American military was not engaged in the development at all - the planning was done by the Construction Bureau of Tokyo before the war. 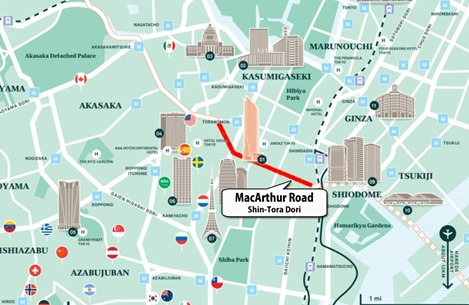 But after the war, the land prices in Shinbashi and Toranomon areas escalated due to increased commercialization. Residents protested the road and landowners persisted against selling their land, and the development process became stagnant. Thus, the plan was abandoned for a long time.  The revision of regulations in 1989 allowed the construction of buildings above the road, which finally re-activated the development plan.
Although the name of this section of the road was decided as “Shin Tora Dori” (Shinbashi - Toranomon Road) according to the public solicit in 2013, it is still commonly referred to as “General MacArthur Road”.  The General MacArthur Road was finally completed after 68 years of planning. 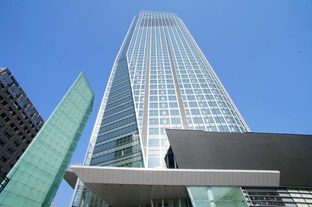 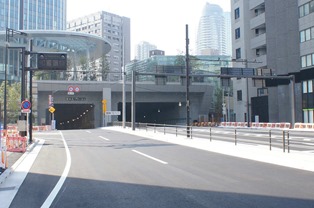 The section that was opened recently (1.35 kilometers from Shinbashi to Toranomon) is only a part of the 14 kilometer long Circular Route 2.  Part of this section, as well as a 900 meter long section to be opened in June 2014 including the Toranomon Hills premise, is a double layered structure of above ground road and an underground tunnel limited to cars. Both the Ariake-Toyosu as well as Toranomon-Kanda Sakumacho sections are already open. At the moment, the 3.5 kilometer long section between Toyosu and Shinbashi is under construction and aiming to open in 2016. 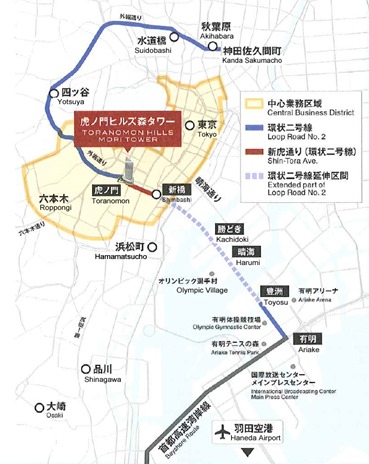 The Olympic Village and stadiums for the 2020 Tokyo Olympics are to be constructed around the Koto-ku and Harumi areas.  In addition, Tsukiji Fish Market known as “Tokyo’s Kitchen” is scheduled to relocate to Toyosu.  The opening of the Shinbashi-Toyosu section continuing the General MacArthur Road will improve access to the Bay Shore areas around Koto-ku, Harumi, Toyosu, etc.  Further developments in these area are bound to be in the close horizon.  Further, the Toranomon Hills development is impacting the neighboring areas such as Kamiyacho, Toranomon and Shinbashi areas.  These areas are also expected to be revitalized and to increase their international appeal. 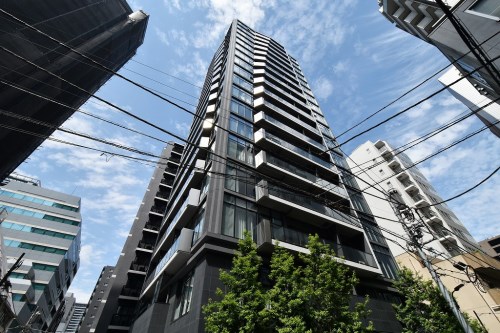 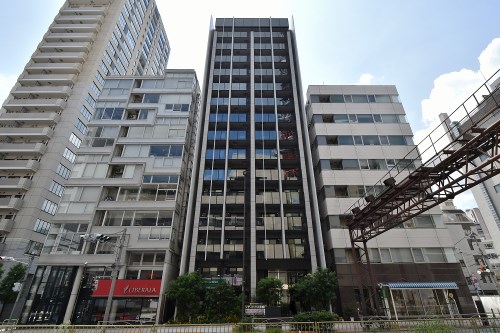 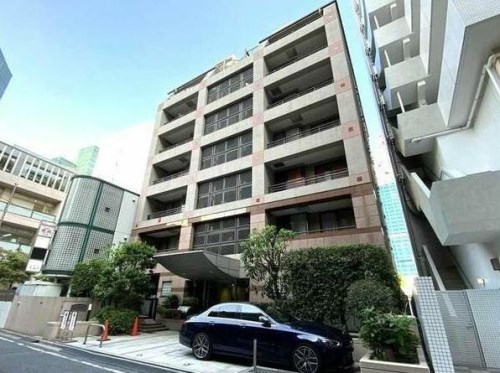 It is conveniently located just a 7 minute walk from Roppongi station. The building is slightly off Gaien Higashi Dori, and the neighborhood is a quiet area lined with condominiums and office buildings. Roppongi Hills and Tokyo Midtown are within walking distance, and the Azabu Juban shopping street is also nearby, making it convenient for daily shopping. Built in 1998, the tiled exterior gives a calm impression. The building is designed with interior corridors and a home delivery box provided.