Takarazuka is an onsen town in rural Hyogo Prefecture. Until the second decade of the 20th century, it was the final stop on an unimportant train line owned by Hankyu Railways where visitors were few and reasons to visit even fewer. That was until Hankyu head Ichizo Kobayashi started to employ troupes of dancing girls to pull in the guys. Women went where their husbands did in those days.

So with the help of several dozen women and a few plays hastily put together in Broadway-meets-cabaret-meets-Folies Bergere, a new form of theater was born; the all singing, all dancing, all female—named after the place it began—the Takarazuka Revue!

To really understand the Takarazuka Revue, it is necessary to know a little about the time in which Japan’s most popular form of theater came into being—the early Taisho-era (1912–1926).

While the Meiji Restoration of 1868 is known as the period when Japan dragged itself out of feudalism, the Taisho-era was when the nation really joined the global community. Freedoms never before enjoyed by Japanese were suddenly permeating society and in no segment of the population was this more noticeable than for women. Women could go out on their own, hold positions of authority in fields previously closed to them, refuse marriage, and, for the first time since 1629, women could finally take to the stage. And this they did in full flourish via the Takarazuka Revue.

Only a year after being founded in 1913, what was at the time the lone Takarazuka troupe put on its first recorded play. Then, as now, Takarazuka performances were largely centered on a depiction of a famous or specially written story as a kind of play with lines spoken, sometimes sung, followed by a revue in which the troupe moves through a series of dances, before ending with an all-hands-on-stage spectacular.

The stories and the choreography that went with them were based on western sing-and-dance routines, which in those days were favored by society’s well-to-do. Those early performances were so popular, in fact, that by the mid-1920s players were performing in their own dedicated Takarazuka theater. 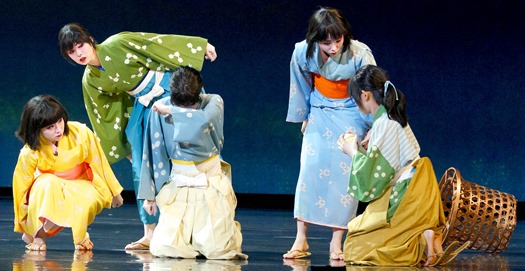 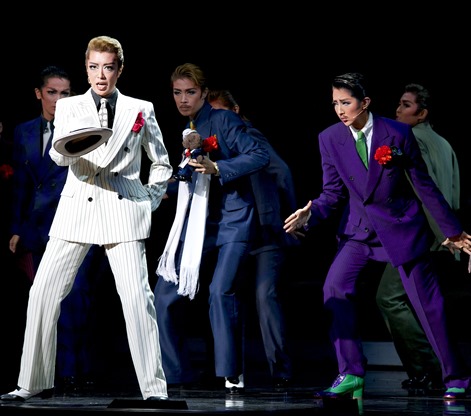 Since those early days, the Takarazuka Revue has grown from a single troupe to five in its present iteration. Each one has roughly 70–90 members, all female of course—although about half perform solely in male roles. Senior-most in each troupe is the “Top Star”—the male role-player ranked as the best all round actor, dancer and singer within each troupe.

“He” is never demoted once he becomes Top Star, and after a reign of around 3–5 years he retires as does his partner, the top female star in the troupe.

In almost every play the top male star plays the central role. Almost always “he” is the perfect gentleman, the hero, well mannered, perfectly groomed albeit with that touch of “bad boy” many women find attractive. In short, the Top Star is the ideal man—or so say the fans, whose passion for Takarakuza continues to keep it alive even today.

Today, 90 years on, the Takarazuka Revue can lay claim to performing almost daily in two Takarazuka-specific theaters—in Hyogo near the site of the original, and in Tokyo’s plush Hibiya district. Plays are also routinely taken on the road all over Japan, and sometimes abroad; Taiwan being the most recent overseas jaunt enjoyed by one troupe.

Annually, the five troupes—Star, Moon, Flower, Cosmos, and Snow—of modern Takarazuka theater perform to an audience that is anywhere from 95 to 99 percent female, a dedicated group just shy of three million fans. Whether man or woman, dedicated theater fan or novice, anyone interested in experiencing this intriguing slice of Japanese theatrical culture should not hesitate to do so. 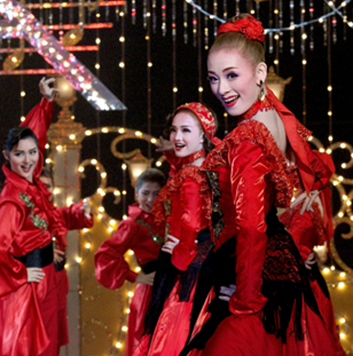 Takarazuka prices are comparable to Kabuki with the best tickets going for about 12,000 yen per person for stall seats in both Hyogo and Tokyo. The old “rare as hen’s teeth” caveat must, however, be added for anyone considering going after the best seats: They are not impossible to get hold of, but give yourself time and know which date they go on sale.

Second floor seats are cheaper, and for those with the legs for it, standing tickets can usually be purchased for under 2,000 yen for areas at the rear of the second floor.

So, presuming you have managed to secure yourself a ticket or two and you do get to a performance, consider arriving a little early. Those arriving very early will see groups of fans all waiting in formation outside the theater, clad in the same color jackets for their own stage fave to pass by on her way into the stage door.

They will be silent, bow politely and then simply join the back of the line to enter the theater. The word regimented is not an understatement as each group of fans have leaders, second in commands, and each fan knows their own place.

Once inside, and still with time before the pre-show, take a few moments to observe the jaw-dropping shops in both Takarazuka theaters. The examples of paraphernalia on offer to the most dedicated Takarazuka Revue fans makes Disney’s range look limited to say the least. After taking in the pre-show glory, slip in and enjoy the show!

Even though Takarazuka theaters do not supply translation headsets or handheld devices as are found in Kabuki and Noh, don’t worry—none are needed.

Unlike the two “senior” forms of theater, Takarazuka is far more “in your face” and infinitely more comprehensible to the first timers than the symbolic laden performances of Kabuki or Noh. Think Grease (the musical) versus Shakespeare’s Hamlet!

For more Japanese traditional entertainment in the heart of Tokyo, check out the PLAZA HOMES Japanese Culture page.