Traditionally, Japanese culture has very strict rules of etiquette appropriate for every situation, from interactions between neighbors, customers and staff in a store, politicians, and every other social situation under the sun. Nowhere are these rules and customs more keenly felt by expatriates than in Japanese business interactions. Japan can be described as having a formal, high "power-distance" culture. The distinctions between bosses and subordinates are clearly defined with everyone being expected to know their place as well as when and how to express themselves. 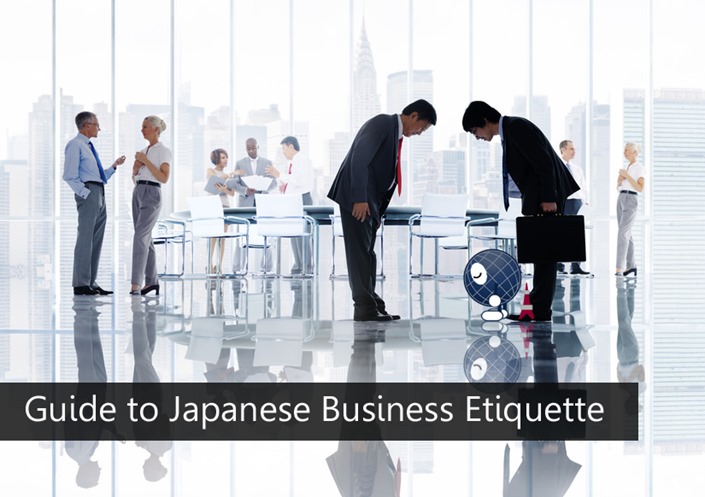 Below are some guidelines that should help smooth your way. 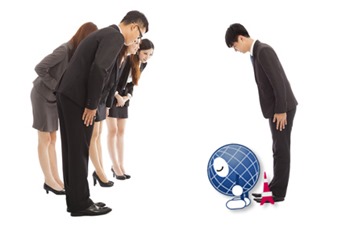 Unlike many Western cultures where shaking hands is the norm, when meeting someone for the first time in Japan, people bow to each other. The degree of the bow corresponds to the difference in social standing between the two individuals being introduced. The longer and deeper the bow, the greater the amount of respect will be shown by the one bowing. When meeting foreigners, some Japanese may offer to shake hands, as an effort to ease any discomfort or misunderstandings. Your best bet with regard to being introduced to a Japanese person is to do what they do. If they bow, return the bow, with your back straight and hands at your sides.

Japan Business Card Etiquette – Everything an Expat Should Know

Despite the government policies for Warm Biz and Cool Biz dress codes, business attire is still very formal in Japan. For men, the rule is dark suits, white shirts, and muted ties. For women, the same color rules generally apply, with either pant suits or longer skirt suits being the generally accepted mode of dress. 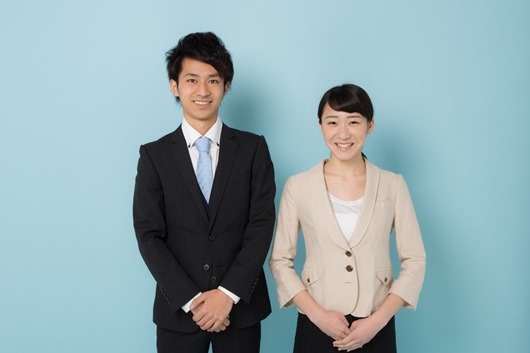 When you enter a traditional Japanese home or other traditional venues such as temples or restaurants, always remove your shoes. Typically, it will be quite apparent when this is required because there will be an obvious step up to the interior where shoes are disallowed, often accompanied by a cubby where shoes can be stored and indoor slippers acquired. When in doubt, just do what your hosts or other Japanese are doing in this regard. One note, it is generally not acceptable to walk around barefoot in these situations. If you are likely to be in a position where you might be wearing shoes that require no socks and have to remove them, it would be wise to pack a set of white socks to prevent your bare feet from touching the slippers.

● Do take lots of notes in meetings. This shows interest and also will keep you from being embarrassed down the road when your counterpart reminds you of something you said in a meeting based on notes they took.

● Do wait to be seated in a meeting or at a restaurant until indicated to do so by your host.

● Do learn some basic Japanese phrases for greeting and thanking, even if you don't speak Japanese otherwise. This demonstrates a willingness to learn and invest in the culture.

● Don't put your hands in your pockets when speaking with someone. This shows boredom or disinterest in the conversation.

● Don't point at people with a finger or chopsticks when making a point or indicating something as this is considered very rude.

● Don't blow your nose during a meeting, instead excuse yourself to a restroom or outside as appropriate.

● Don't be late to a meeting. Japanese are very punctual and meetings start and end on time.

There are far more intricate rules surrounding Japanese business culture that extend beyond this cursory introduction. That being said, a benefit of being a foreigner is that most Japanese will not expect you to know all the ins and outs of their rules of etiquette and are very accommodating and gracious to those of us who are not as familiar with how things should be done. As such, the best rule to follow is to be as polite as possible and follow the guidance of your hosts.