Shibaura and Shiodome Area are waterfront locations on Tokyo Bay, which spread out from the area around Hama-rikyu Gardens on the east side of Hamamatsucho Station to the area on the east side of Tamachi Station and on the north side of Shinagawa Station, all on the same Yamanote Line. There are various rental apartments that are suitable for foreigners.

The Shibaura area located on the east side of Tamachi Station has been redeveloped and improved to create a waterside urban environment. “Shibaura Island”, which consists of 4 tower apartments, has become a symbolic landmark in the townscape of the Shibaura area. Around the Tamachi Station various redevelopment programs are in progress along with the redevelopment plans for the area around the new “Takanawa Gateway” Station. The new station is planned to be built between Tamachi Station and Shinagawa Station and open in the year 2020. In the area around the east exit of Tamachi Station, msb Tamachi–a commercial complex consisting of offices, hotel, and retail shops–has begun partial operation in 2018, creating increasing expectations for further development in the area.

The Kaigan area is a long area extending from the north to the south, located to the east of Shibaura along the Tokyo Bay waterfront. The Kaigan area is lined with various office buildings and warehouses that are related to Takeshiba Wharf, Hinode Pier, and Shibaura Wharf. This is also a very popular residential area due to its ease of access to Central Tokyo and its scenic views overlooking Tokyo Bay and Rainbow Bridge. The Takeshiba area, around the east exit of Hamamatsucho Station, has high potential for dramatic improvement and change in the future as it currently has various redevelopment programs underway to establish the area as an international business hub.

The Shiodome area has flourished since olden days as a town close to Ginza, Shinbashi, and Tsukiji. The area around the section of town named “Shiodome Shiosite”–one of the area’s redevelopment projects–has become one of the major business hubs of Tokyo. To the east of Shiodome Shiosite is “Hamarikyu Gardens”, which is nationally recognized as a “Special Place of Science Beauty and a Special Historic Site of Japan”. The scenery of neighboring high-rise buildings stretching to the sky behind a beautiful Japanese garden is becoming one of the alluring features of Shiodome.

Concentrated in the area are multiple train lines such as the JR Yamanote Line, Keihin-Tohoku Line, Toei Oedo Line, Tokyo Monorail, and Yurikamome Line. From JR Tamachi Station you can reach Shinagawa Station (3min) by riding the Yamanote Line. From JR Hamamatsucho Station you can reach Tokyo Station (4min) by riding the Keihin-Tohoku Line. Other major areas in Tokyo such as Roppongi, Ginza, Shinjuku, and Shibuya are easily accessible from various nearby stations in the area. From Hamamatsucho Station you can reach the Haneda Airport (18min) on the Tokyo Monorail. A direction connection to “Odaiba-kaihinkoen” and “Toyosu” is possible by riding the Yurikamome Line. The area is convenient for commuting and holiday enjoyment. 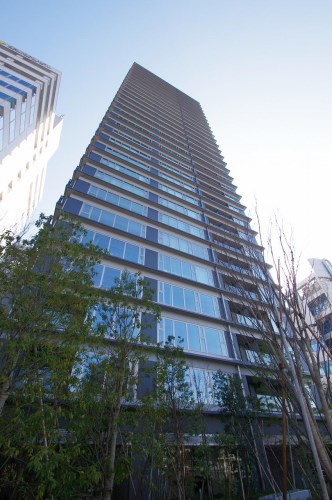 The property is located in Tokyo Bay area that is found between Shinagawa and Tamachi. It is an open location surrounded with plenty of water and greenery thanks to the canals. This high-rise condominium apartment has received an approval for the safety quality assessment recognized by the Minister of Land, Infrastructure and Transportation. 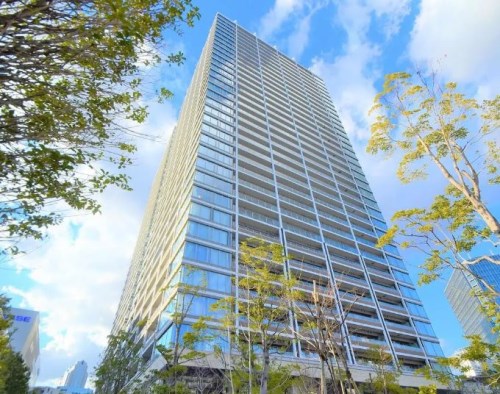 It is a large-scale tower apartment with seismic isolation structure located in the waterfront area in Shibaura. It provides a new lifestyle to live closer to water and greenery. The inside common use facilities are fully equipped including a lounge for Rainbow Bridge view, and a fitness gym. The nearest Tamachi Station, Mita Station, and Hamamatsucho Station are all within a walk access. The rare location on the waterfront and the green area arranged around the building give the sense of openness and peacefulness. Convenience of livings in the neighborhood is excellent including various supermarkets, restaurants, and hospitals around Tamachi and Mita Station. You can enjoy city life with nature close to water and green.  Going through the approach among the arranged trees, a spacious entrance hall welcomes with an open-ceiling of 2 floor levels. A hotel-like concierge service is provided and the inside common use facilities are fully equipped, such as various lounges, a party room, and a fitness gym. 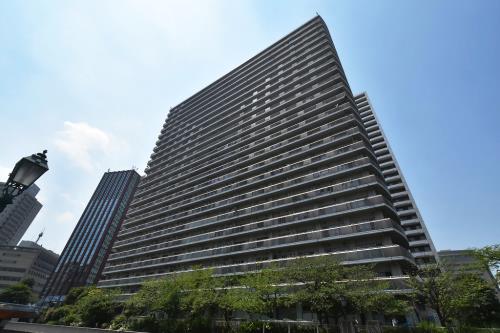 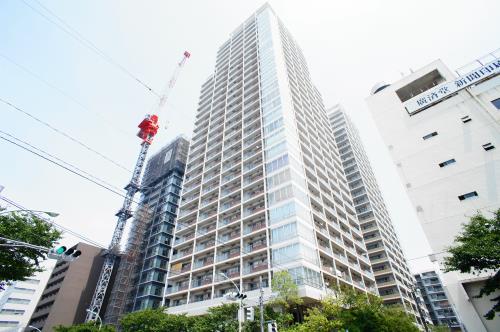 A tower mansion in the Shibaura "water-front" area. It is in an open environment along a canal. It offers extensive services and facilities. Its stylish interior design is very attractive. 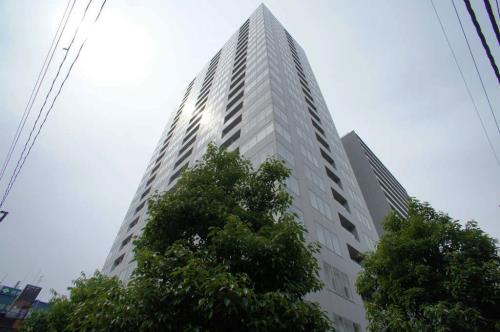 It is a logistically very convenient location thanks to having five stations for eight train lines. Further, the nearest station, Hamamatsucho is only 3 min. walk away. It is easy to get to the Haneda airport. This tower apartment offers concierge services. It is negotiable to use music instruments.