The Kachidoki Harumi are covers Tokyo Bay's waterfront locations on the east side of Chuo-ku. The reclaimed areas were constructed from the middle of Meiji era to the Showa era. You can find a lot of apartments for rent that are popular among foreigners.

This area is stretches across the Kachidoki Bridge, going along Harumi-dori Street in the direction of Tokyo Bay from Ginza and Tsukiji.

Since the opening of “Kachidoki” Station on the Toei Oedo Line in 2000, tower apartments and commercial facilities have been constructed one after another adding to the area’s convenience of living. At the center of the area stands a 52 story tower apartment building named Kachidoki View Tower that is directly connected to Kachidoki Station. Within the building is a  convenience store, supermarket, children’s center, and nursery school. Although the area is rapidly developing, its traditional townscape and atmosphere maintained by attractions such as houseboat (Yakatabune) rides on the Sumida River, is part of the area’s charm.

Harumi is an insular area spreading out to the south of the Kachidoki and Tsukishima areas. In 1998 “Harumi Island Triton Square”–a high-rise office, commercial, and residential complex–was built in 1-chome, Harumi. Since then, various high-rise buildings and large tower apartments were build one after another rapidly improving the area’s living environment. Currently, a development project named “HARUMI FLAG” is in progress on a piece of 13 hectare land in the western part of 5-chome, Harumi. This land will be used as the athlete’s village for the 2020 Tokyo Olympic Games.

After its temporary use as the location for the 2020 Tokyo Olympic Games’ athlete’s village, continuous development projects are planned for the area. By 2024 its is planned that there will be a new city block with 24 buildings–for condos and rental apartments with a total of 5632 units–as well as some commercial facilities. The area is attracting attention and creating an increase in expectations for further development in the future.

The area is within walking distance from the Ginza area. From Kachidoki Station on the Toei Oedo Line without needing to change trains you can get to Roppongi Station (14min), Ueno Station (20min), Shinjuku Station (20min), and other major areas in Tokyo (approx. 30min). Multiple Toei Bus lines have stops at Tokyo, Shinbashi, and Yotsuya Stations.

The opening of a new section in Loop Road No. 2 is expected to facilitate easy access to areas towards Tsukiji and Ginza.

From Tsukishima Station on the Yurakucho Line without chaing trains you can get to Ginza-itchome Station (4min), and the major stations in Tokyo (less than 30min) such as Shinjuku, on the Toei Oedo Line, and Ikebukuro Station, on the Yurakucho Line. Various bus lines connect to Tokyo and Shinbashi Station as well as to the Toyosu area which is popular for shopping.

BRT (Bus Rapid Transit), which is a new transportation system between Central Tokyo and the Kachidoki Harumi area, is planned to be introduced for the Tokyo Olympic Games, adding further convenience for transportation to the area. 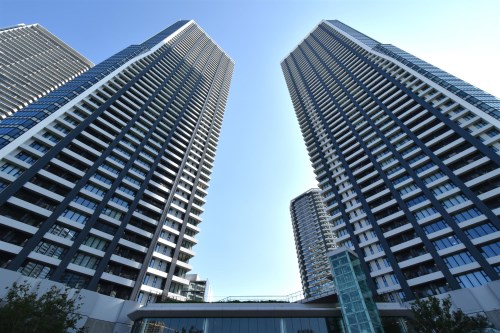 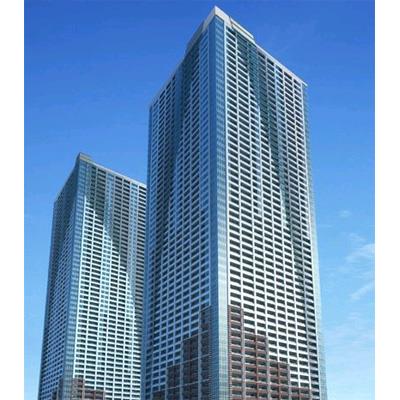 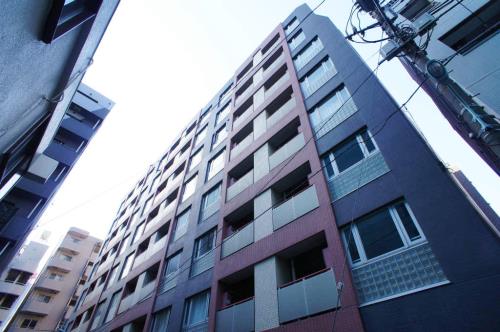 The property is located in an open water front area in Kachidoki. The environment is surrounded with plenty of nature. The interior appears bright and clean. It offers extensive facilities such as delivery box, etc. A public bath is found in the basement of the building, which is available for the residents for free of charge.

A super high-rise tower condominium with 53 floors stands in Kachidoki area - a waterfront of Central Tokyo. You can enjoy nice views with water and green including Sumida River and Hamarikyu Gardens. It features full range of shared facilities available in a large-scale condominium such as a sky view lounge and a fitness gym.