Japanese news outlets have recently reported on a new and revised legislation, to be enacted in 2022, which would apply to the management of apartment complexes that are over 40 years old.

The national government has been touting the importance of properly maintaining and thereby extending the life span – or rather, the SAFE life span - of these reinforced concrete structures, which compose over 10% of the nation’s total, over the last decade or so. And although various local municipalities have, over the years, put into effect specific local ordinances to try and address the issue – the results have been less than satisfactory.

Many of these older blocks suffer from mismanagement and lack of regular structural renovation and repair plans – these older structures are slowly and steadily becoming not only an eyesore on the urban landscape, but are also slowly but surely becoming unsafe for residents and neighbors – a situation which is further escalated by the frequency of earthquakes, typhoons and other natural and weather conditions, in a country renown internationally for an extremely high frequency of such events.

There are several reasons behind this deterioration in management and maintenance, but most occur in co-owned complexes, and are mainly due to problematic owner union structures lacking clear leadership in many cases - with chair-persons having moved away or passed away, their replacements being random members of the union who haven’t the time or inclination to perform their duties in a thorough and responsible manner – which leads to subpar collection practices, which see many owners delinquent in payment of their monthly building fee dues, which in turn lead to depleted reserve funds pools which do not allow for proper maintenance and renovation. Additionally, in cases where ownership is a mix of investors and owners-occupiers, interests can vary, with investors who are not planning to hold on to the property beyond a certain period of time being less concerned with the long-term condition of the structure, which contribute to difficulties in reaching a consensus on renovation and maintenance plans and budgets. And as the building becomes less and less attractive, more and more units remain vacant, which makes it even more difficult to secure property monthly fees collection and makes it near impossible to turn things around and bring these buildings back to proper management mode and sufficiently renovate and maintain them.

To try and improve on this state of affairs, the national government has decided to take more decisive action to strengthen management of these older complexes – by re-structuring owner unions into more effective management frameworks, with new directors to be placed, who will make it a priority to properly plan and execute renovations as required, and improve the union’s ability to reach the consensus required to carry out necessary work – including the hiring and utilizing of professional building management companies and consultants.

3. Structures that will be deemed too old and costly to profitably maintain, will be advised to create a separate reserve fund pool to allow for safe demolition and disposal of the structure before they fall into ruin. Since this is a major decision which, by law, requires an extremely high majority of 80% unit owner votes, the government will also need to create a framework for administrative intervention in case such consensuses cannot be reached easily.

The Effect on Investors

While the above is a welcome initiative, necessary to maintain urban appeal and safety, the new proposed framework is likely to have a substantial effect on the profitability of these older apartments – which are an extremely popular asset class due to their high theoretical rental yield capacity.

As a general rule, since the different in rental income as a percentage of the purchase price between newer and older buildings is vast – particularly in the case of smaller studio and 1-bedroom units – there are a great many investors who particularly target older and smaller units as the main component of their investment portfolio in Japan, purposefully skewing their portfolio structure to favor these assets over newer and pricier properties, which tend to command lower rental yields in relation to their purchase prices. And, while newer properties with a larger structural and land footprint do tend to hold or increase their values better overall, in a country where capital growth is far from expected over extended periods of time, due to a rapidly aging and declining population – focussing on rental yields far beyond any capital growth potential consideration is usually the norm.

All of this may change, however, once the new legislation is enacted and propagated nation-wide, which appears to be planned for as early as 2022, based on current statements by the national government.

Buildings which are already being maintained and renovated to a high degree of efficiency, where regular owner union board meetings are being held, and where renovation and maintenance schedules are planned for and adhered to, may not be affected to a very significant degree – however, it yet remains to be seen what exactly will be included in recommended compliance criteria – and even supposedly well managed buildings may suffer sharper monthly fee hikes than previously expected, in order to bring them up to speed with new regulations, which may be more stringent than those currently in practice.

Buildings which suffer from less than stellar management, however, will most definitely suffer from either an extremely sharp monthly fee hike once more comprehensive renovation and maintenance plans are drawn and carried out in order to comply with the new legislation – which will most definitely translate into an equally sharp drop in annual rental yields – or, alternatively, will immediately lose a large portion of their market value as a result of failing to comply and no receiving their “good management” certificate, as opposed to other comparable properties in their proximity and age bracket.

Furthermore, since many of these properties are priced solely on the rental yields they can command, it is highly likely that any investor who is aware of this legislation – and the vast majority of them would be – will factor the required cost of compliance into their own yield calculations when making their offer – resulting in vastly lower market price potential, even BEFORE the 40 year age limit has been reached. That is to say, if a potential buyer believes they have only 4 or 5 years to enjoy a relatively high surface yield, followed by reduced yields in the years thereafter – due to all-but-guaranteed building fee hikes as the building reaches the age requiring extensive renovations to achieve compliance with government regulations and a “good management” certificate – they are extremely likely to either avoid buildings that are 35 years or older – or, alternatively, make heavily discounted offers if they consider purchasing units in such buildings.

Considering all of the above, the bottom line seems to be that, although previously considered to be the ultimate “Cash Cows” – Japan’s aging buildings that are 35 years or older at the time of purchase, are for now – at least until the full details of the new legislation are decided upon and made public knowledge – to be considered potentially far less attractive, cashflow-wise, than they have been up to this point in time.

And, while immaculately maintained and extremely well-managed buildings may be the exception to this rule – considering the as-of-yet vague status of the new legal framework surrounding this new policy – we, here at NTI, have decided that, for the time being at least -

B) We will be encouraging clients who are holding such assets, to seriously consider selling them at their earliest convenience - before their market value potentially “drops off a cliff”, as the legislation date approaches – since an increasing number of potential buyers would likely become concerned about the potential effect of this legislation on such properties.

(If you are in possession of units in co-owned buildings which have surpassed 40 years of age, or will reach in threshold in the next few years, feel free to contact us for free advice on how to evaluate the extent under which your portfolio may be affected by this new legislation). 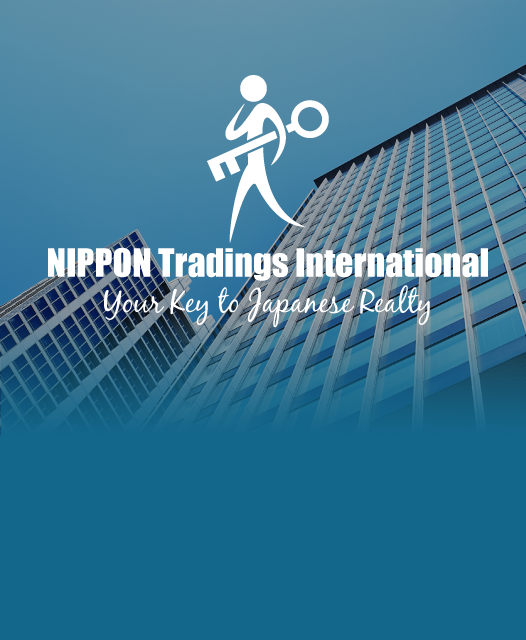