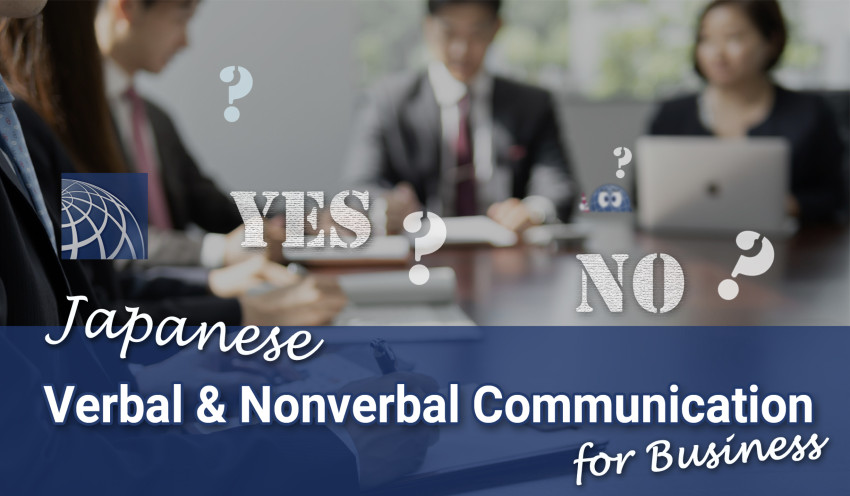 When it comes to business, Japan has a vastly different way of communicating compared to many Western countries; and those who fail to account for that difference often find themselves lost in the discussion or even accidentally insulting those they are speaking with.

To help you navigate the difficulties of working in Japan, below are several important points of etiquette that are worth putting to memory before your next big meeting.

The Art of Reading the Air: “Kuuki wo yomu”

Being able to “read the air” is an invaluable skill in all aspects of Japanese communication, but all the more so with business. Kuuki wo yomu, or reading the air, is an unmistakable part of Japanese culture. While Westerners often talk about reading a room, the Japanese way is far more attentive and alert. Japanese society values collective thinking and social harmony, so a socially successful person in Japan is always thinking of how they fit in with the group over their own individual success.

This means a constant attention to how others are responding and acting. Mirroring body language is a great way to begin to practice reading the air. Look closely at how the leaders of a room are presenting themselves, and you’ll start to see everyone subtly adjust themselves to fit the situation at hand.

This practice of reading the air can sometimes be seen by Westerners as ambiguous or indirect, but it’s important to remember that this is simply the way that Japanese people work together — by expressing yourself vaguely, you’re less likely to cause offense while still being able to get your point across.

Subtle body language cues are the bread and butter of Japanese society, sometimes to Westerners’ chagrin (who often feel wrong-footed in social situations).

Eye Contact: In the West, it’s often polite to find and hold eye contact, and can even be interpreted as a sign of friendship in business settings. In Japan, however, prolonged eye contact can be seen as aggressive, and sometimes makes Japanese people very uncomfortable.

Pointing: Pointing is a very common Western gesture that is considered rude in Japan. If you’re over the age of five, you shouldn’t be pointing — instead, gesturing toward something is often done with a flat, open hand.

Physical Contact: Physical contact like hugging, kissing on the cheek, or even touching elbows is also a definite no-no. While your friendship or acquaintance may seem close, those kinds of touching can be seen as far more intimate acts than you may intend. While Japanese coworkers or potential business partners may shake your hand, they are likely doing that to help make you feel comfortable.

In business, there is a famous Japanese saying, “Hear one, understand ten.” Japanese language primarily puts the responsibility of communication onto the listener. If a Japanese client says ten percent of something, you, as the listener, are expected to be able to extrapolate ten times more and thereby understand the speaker’s point or request.

This idea of saying little yet meaning much is evident throughout the entire culture. For example, Japanese haiku, the most famous form of poetry from Japan, is known for its extreme distillation.

Reading Between the Lines of the Japanese “No” and “Yes”

This idea of vagueness as politeness becomes patently clear in the Japanese practice of “No and Yes.” “No” is very rarely expressed directly. If asking a question, you’re more likely to hear the answer, “sore wa chotto…” (that’s a little…) or “muzukashii desu ne” (that’s difficult). Saying “no” outright is considered very rude in Japanese culture, so even though to a Western ear it sounds like a possibility, know that these statements are as final as a firm no.

In addition, the Japanese “yes” can be as equally confusing to Westerners. Japanese culture dictates a constant reassurance and focus on listening, so often speakers will hear a continuous verbal affirmation. When a Japanese person says “hai” (yes) while you’re speaking, that doesn’t mean that they’re agreeing with you; they’re just showing you they’re listening. If you make a request, and while you’re speaking you hear a chorus of “hai” but your request is met with “sore wa chotto…,” it’s a safe bet that your request is being denied.

The Right Time to Let Down Your Guard

The occasional exception to navigating Japan’s complex business culture is when you find yourself having drinks after work — Westerners are often surprised when Japanese coworkers offer a friendly clap on the back after a round of drinks. However, don’t expect to reciprocate the gesture the following morning; once sober, it’s back to business as usual.

At the end of the day, most Japanese are aware that their social structure can be difficult for Westerners to understand. Since their language puts so much pressure on the listener, they often work hard to understand the intent of your gestures, overlook any impoliteness, and forgive any “graceless” acts. Even so, it’s important to work hard to avoid insulting or hurting anyone’s feelings if at all possible.

We hope this guide has helped to de-mystify the complexities of Japan’s etiquette for business communication and show you how to portray yourself in the best, most positive light.

If you plan to work in Japan or regularly communicate with Japanese clients, we have several useful guides on Japanese etiquette that are worth reading. From a beginner’s guide to business etiquette, to information on business gift giving and business attire, there is much to understand and practice so that you can attain the vital skills that many international businesspeople overlook in Japan.