What you didn’t know about Japanese habits

Nice to meet you all! My name is Eri, and I'm a Japanese teacher at a Japanese language school in Tokyo.

My students come from all over there world. From various students that I come in contact with I often hear things like: “Japanese people are strange” or “Japan is complicated”. For those of us living in Japan, it may seem like nothing out of the ordinary, but for students, many things are seen as new and strange.

In this article, I would like to share with you a conversation I had with my students about “What international students did’t know about Japanese habits”.

Here is a simplified recount of what happened in my class when I asked the students what surprised them when they first came to Japan regarding the habits of Japanese people who ride trains.

The habits of Japanese people on the train

Japanese who sleep on trains

When I posed my question, a student from China was the first to say “Japanese trains are very interesting”.

He went on further to explain that what he found interesting was that ”Japanese people had no problem sleeping on trains. In contrast, there are not many people who sleep on the trains in China”. [*His personal opinion] He felt that sleeping on the trains can be dangerous and the it wasn’t safe for people to sleep on trains while holding expensive cell phones or bags.

Japanese sleeping on a station platform

Another student spoke up an said “Japanese people sleep on train platforms too”. [*personal opinion]

The student recounted that “there was a guy sleeping on one of the platform’s benches. He looked as if he had probably been drinking and I was worried for the safety of his phone and bag, so I watched him for a while. I think it’s really dangerous to do that. I’ve also come across young women sleeping on the street. I see them a lot on Friday nights”. The student was very concerned. [*personal opinion]

He continued, “I wouldn’t do it in my country because it’s dangerous. My wallet, cell phone, and bag would without a doubt be gone and my clothes would also be stolen. If it were a really dangerous city, I might even die. As it gets very cold during winter, it’s possible that I might just sleep and not wake up”. He did his best to explain to me why he would never sleep outside. [*personal opinion]

Everyone in the class who was listening to this story was nodding and loudly saying, “Yeah, yeah”. Then one after another the students began talking over each other and saying things like, “I’d like to ride a crowded train once”, “Why can’t I make a phone call on the train?”, “We’re not even allowed to eat bread on Japanese trains, are we?”.

It seems that there are some surprising things about Japanese trains for international students. However, opinions were divided on the next theme.

Are Japanese trains noisy? are they Quiet?

I was surprised this opinion. This really intrigued me, because up until now I had thought of Japanese as being quiet in public places. I asked the student who had spoken up to go into further detail about his opinion.

He explained there are many loud announcements for those waiting on the train platforms. If the train was just a minute late, there was an announcement apologizing. Another announcement being played repeatedly was about safety, and was along the lines of “Rushing to the train is dangerous”. Another student said, "I always listen to all announcements carefully when I want to get information about accidents and whether the trains have been delayed, because I don't know which pieces of information were important”. [*personal opinion]

In that sense, I agreed that Japanese trains could be noisy, and announcements could cause some confusion.  It is very interesting to see “Japan” through the eyes of my students.

Have you ever dressed up for Halloween and went to Shibuya Scramble Crossing or Disneyland? Here is a story about an incident taking place in my classroom during the Halloween season.

One day in October, I went into the classroom as usual. Although I didn’t mention to my students anything about dressing up for Halloween in class, some students had dressed up in preparation for the Halloween event at Shibuya Scramble.

Students greeted me cheerfully “Good morning, Ms. Eri!”. As I turned my face toward students, there sitting in front of me was the Joker and a skeleton.

(They were so scary. I realized that Halloween is coming up. The skeleton and Joker are sitting in their seats as if they were dressed normally. I can’t figure out who they are under the costumes). Then I started wondering, if they rode the train wearing their makeup and the costumes.

They looked at me and said “Ms. Eri, we're hardcore Halloween enthusiasts”. I couldn't help laughing at the unexpected “hardcore” comment. (Finally, I was able to recognize who they were by their voices).

Some things that are commonplace to people living in Japan can be new and mysterious to international students. 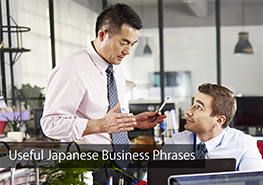