What are the Symptoms?

Why do so many people suffer from hay fever in Japan?

In Japan, many people started to suffer from hay fever due to cedar pollen from around the 1960’s. During that time, the Japanese government ordered a large number of cedar and cypress trees to be planted. Because these trees grow quite fast, the cost for materials for urban development and posts war recovery, from World War II, became more affordable. It is assumed that the significant increase of pollen is due to the vast number of cedar and cypress trees, causing an increase in the number of people who suffer from hay fever.

Japanese cedar pollen can be found in the air from February through April. During this period, the number of people suffering from hay fever increases drastically. In Japan, it is assumed that approximately 25 million people suffer from hay fever. Sometimes it is said that not one Japanese person doesn’t know someone who is affected by it. During this season the pollen quantity is forecasted everyday along with the weather on TV, in newspapers, and on the internet.

Expect to see many Japanese people wearing a mask between February and April.

The Japan Weather Association has announced the latest pollen dispersal forecast for 2022 spring on January 20th, 2022.

The pollen season is expected to start in early February in Kyushu, Shikoku, Chugoku, Tokai, and parts of Kanto, so pollen control measures will be necessary from January. The amount of airborne pollen will be higher than the previous season in Tokai, Hokuriku, Kanto Koshin, and Hokkaido.

Avoid going out on the days when more pollen is predicted to be in the air.
Here is a useful link for hay fever conditions and pollen forecast (the location in the link is set for Tokyo, if you live in a different city, ADD LOCATION and check your area)
Japan Air Quality & Pollen

Glasses (Pollen Guard) : You can find glasses that avoid exposure to pollen.

Masks: You may want to find a high-density mask that fits the contours of your face tightly. The triangular shaped ones might help you breath more easily.
You can find such masks at any pharmacy.

Pollen Blocker Spray (AllerShut)： A spray that blocks pollen, PM2.5, and yellow dust with its ion power, and prevents pollen from entering into your eyes, nose and mouth. The effect of using this product can be enhanced by hand-washing, gargling, wearing a mask, and other measures all together.

3. Moderate the symptoms by medication

Consultation at a hospital :
Many people consult with an ear/nose/throat clinic or just a normal family doctor. Other medical institutions are viable as well such as an ophthalmologist, pediatrician, dermatologist, a clinic for allergies, etc. depending on the symptoms.

English Speaking Doctors & Hospitals
We have an updated hospital/doctor guide that will be a great asset during your stay in Japan. As most medical emergencies happen suddenly, we recommend that you bookmark this page so that you will be able to find it in a hurry.

If you find you are developing hay fever, it would be wise to take the preventive measures above, or to go see a doctor to get professional advice and medication to help you through this difficult season.

“Allegra” for allergic nasal congestion contains the same ingredients and amount as prescription medication; which you can get without prescription at a pharmacy.
It doesn’t cause drowsiness. It is advised to start taking the medicine roughly 2 weeks before pollen dispersal starts.

Where to find OTC medicines in Japan
OTC (Over-the-counter) medicine can be purchased in many stores throughout Japan such as at a pharmacy (drugstore) or at some large supermarkets. Though convenient for most things, finding medicine at a convenience store is very unlikely.

4. About injection treatment for hay fever:

There are various hay fever treatments, and one of them is the premeditated injection treatment by a doctor. It is recommended especially for a person who is suffering seriously or who wants to expect a complete cure.

The following injection treatments are currently provided by medical institutions. It is recommended that you consult with a doctor for appropriate treatment.

Injection of a specific allergic material (allergen) such as cedar pollen, and increasing the injection amount of the allergic material, consequently raises immunity and prevents symptoms of hay fever.

This treatment is called nonspecific hyposensitization. Unlike hyposensitization its purpose is not to provide immunity to one specific allergen through the injection of said allergen, but to inject histamine to raise your overall general immunity. Treatment methods vary by hospital, and generally 3-12 injections within 1-2 week time span may significantly control an allergic reaction for about 3-4 months. Side effect risks and the expenses are similar to hyposensitization.

Please note that Steroid Injections work to reduce every allergic reaction and seem to show great improvement of symptoms, but it does not cure hay fever, it only helps to reduce inflammation from hay fever. Various negative side effects can arise from steroids, and because of this it is not recommended by the Oto-rhino-laryngological Society of Japan.

5. About the latest therapeutic drugs for hay fever

On January 17, 2014 a new medicine was approved by the Ministry of Health, Labour and Welfare, which has potential to completely cure cedar pollinosis. It is called Sublingual immune therapy medicine "CEDARTOLEN® ". The new medicine is epoch-making in its method of treatment because you only drop the medicine solution under the tongue like eye-drops, wait for two minutes, and just swallow it. Clinical trials show that a suppressant effect of symptoms can be seen after one and a half years of one dose per day. This treatment is available for patients who are 12 years or older and the treatment needs to be administered for 2-3 years.

Since its initial release in October of 2014, CEDARTOLEN and its treatment can be found at various medical institutions throughout Japan. Some of the many advantages to this treatment are that the treatment is covered by medical insurance, there is no pain from injections to worry about, the burden on patients is small, there is no need to go to a hospital, and the risk of side effects when compared to injections are lower.

In addition to the above medication a new alternative, CEDARCURE®, was released in June of 2018. This prescription medication is only offered in the form of a tablet and its target demographic is primarily children between the ages of 5 to 12. To use it, you would place a tablet under your tongue and wait for one minutes before swallowing it. As this medicine is still new, during treatment, patients are required to periodically visit their doctor–who prescribed them the medicine–every two weeks until April 30th, 2019, and then every 4 weeks after May 1st, 2019.

It is highly recommended that you consult a specialized medical institution for further details about the medicine and the possibility for treatment.

Here, at PLAZA HOMES, many of our employees also suffer from hay fever.
We have some measures of our staff use that help us through this season.

If you are allergic to certain food, please read Allergies in Japan: How to Read Japanese Food Labels 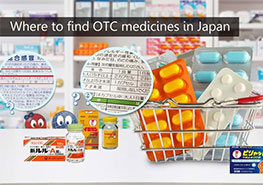 You’ll never know when you may need a band-aid, some headache relief or maybe even a bit of cold medicine. Here are some common places to find over-the-counter medicine as well as some useful phrases to help you find what you’re looking for. 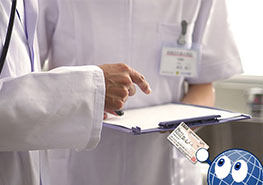 Health Insurance in Japan: A Guide for Long-term Residents

While going to a hospital in Japan - where the majority of the healthcare workers only speak Japanese - can seem scary, it doesn't have to be. Here is an English guide to Health Insurance in Japan 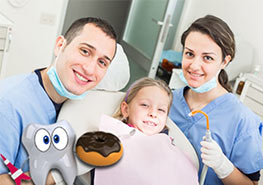 Finding an English-Speaking Dentist in Tokyo

Here is a brief overview of dental care for English speakers in Tokyo and some suggestions for local dental offices that can take good care of you. 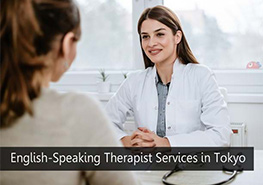 While seeing a psychiatrist or psychologist is a common in the West, it may seem difficult to find a therapist in Japan. That should not stop you from getting the help you need. Here’s a quick guide on where to go to find a mental health professional.