Floods in Tokyo and Safety Tips and Preparation

Japan, located in the eastern end of Monsoon Asia, one of the world's rainy regions, has an average annual rainfall of 1718 mm, which is about twice the global average (880 mm).

Guerrilla Rainstorms have been increasing in Tokyo in these years. This type of rain is unexpectedly strong and is also very difficult to predict exactly where it occurs. Sewers and small rivers may overflow and it can cause serious damage.

In Japan, a lot of land where people live is lower than the river level at the time of the flood. High embankments are built along the river however, if these embankments break down, they would immediately cause enormous damage to people.

There are several rivers in Tokyo such as Edogawa, Nakagawa, Arakawa, Kandagawa, Megurogawa and Tamagawa.

According to Ministry of Land, Infrastructure, Transport and Tourism of Japan, the flood inundation areas (in maximum assumed scale) are as indicated in the image (click to enlarge). These are areas where river flooding is expected.

Note: Flooding of tributaries, rainfall exceeding the scale which is the premise of the simulation, flooding due to storm surge and inland water, etc are not calculated in this simulation. Inundation may occur in other areas and the predicted depth may differ from the actual depth.

Koto 5 wards (Sumida-ku, Koto-ku, Adachi-ku, Katsushika-ku and Edogawa-ku) located in the east area in Tokyo are known to be at risk of being flooded by large-scale floods however, other areas in west side of Tokyo are also at risk of flooding as you can see in the simulation.

In fact, due to the Typhoon 19th in 2019, the Tama River was partially flooded around Futakotamagawa (Setagaya-ku), and rainwater and other water flowed back from the manhole in Musashikosugi (Kawasaki City), flooding the area. These are in the west area in Tokyo.

What is Inland Flooding?

Apart from River Flooding and Coastal Flooding, there is another flooding called Inland Flooding. It's caused by heavy rain in a city and it overflows on the ground surface.

When heavy rain falls, it will not be able to to drain the water just by gutters, sewers and drains. Also, if the water level of the main river rises in the area where tributaries join together, the main river water can flow back to the small and medium-sized rivers (tributaries).

The amount of damage caused by Inland Flooding in Japan is about 50% in total floods (river flooding, coastal flooding and inland flooding) however, about 80% of floods in Tokyo are caused by inland floods. In urban areas where embankments are well developed, inland flooding has become a new issue.

Inland Flooding occurred by the Typhoon 19th in 2019 and caused damage around Musashikosugi Station. The increased water of the Tama River flowed back through the sewer and overflowed into the city.

The Metropolitan Area Outer Underground Discharge Channel is the world's largest underground river-type spillway and built to prevent flooding. The length is 6.3 km, the diameter is about 10m and the depth is about 50m. It's constructed under the Route 16 where located between Edogawa, Nakagawa and Ōotoshi Furutonegawa in Saitama prefecture.

When small and medium-sized rivers are flooded, part of the water will be drained to the Edo River through this channel. With the completion of the Metropolitan Area Outer Underground Discharge Channel, the number of houses flooded in the surrounding area and damages have been greatly reduced.

You can also visit there to join the walking tour. Please refer to the links below for details.

When evacuating, you don't have to choose to go to the pre-designated evacuation site, but you can consider evacuating to the upper floor of a sturdy building nearby, to be away from rivers and cliffs. It is important to take action according to the situation.

Evacuation Order (避難指示 hinan-shiji)
This will be announced when the level of danger is imminent (Alert Level 4). Once this is announced, please evacuate to the safe site. 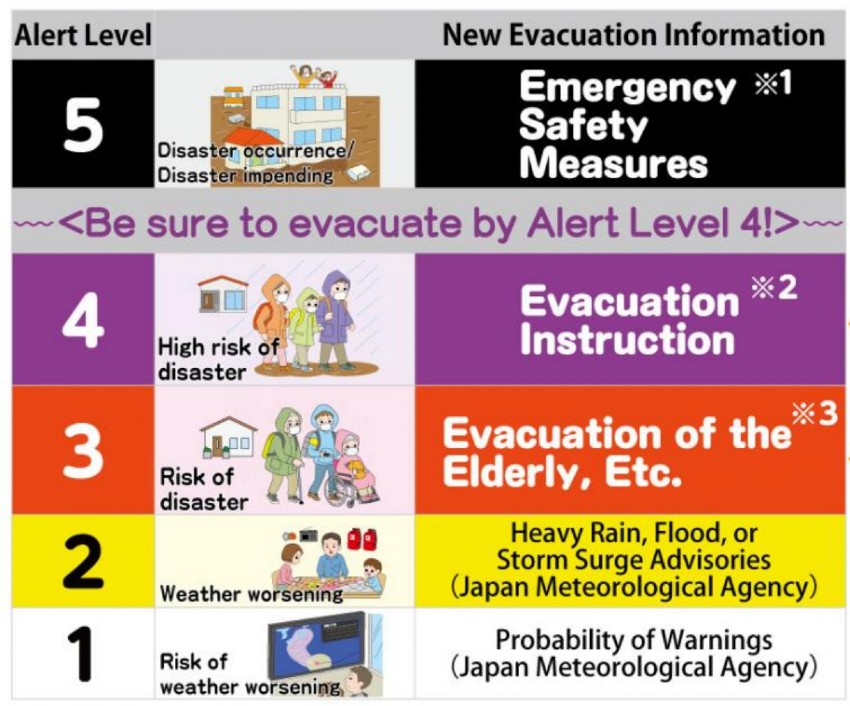 Each ward has its own Hazard Map and some of them have it in English.

Other Useful Links Related to Natural Disasters in Japan

・Japan Typhoon Season: How to Prepare for a Disaster

・What to do in Case of an Earthquake: Safety and Evacuation 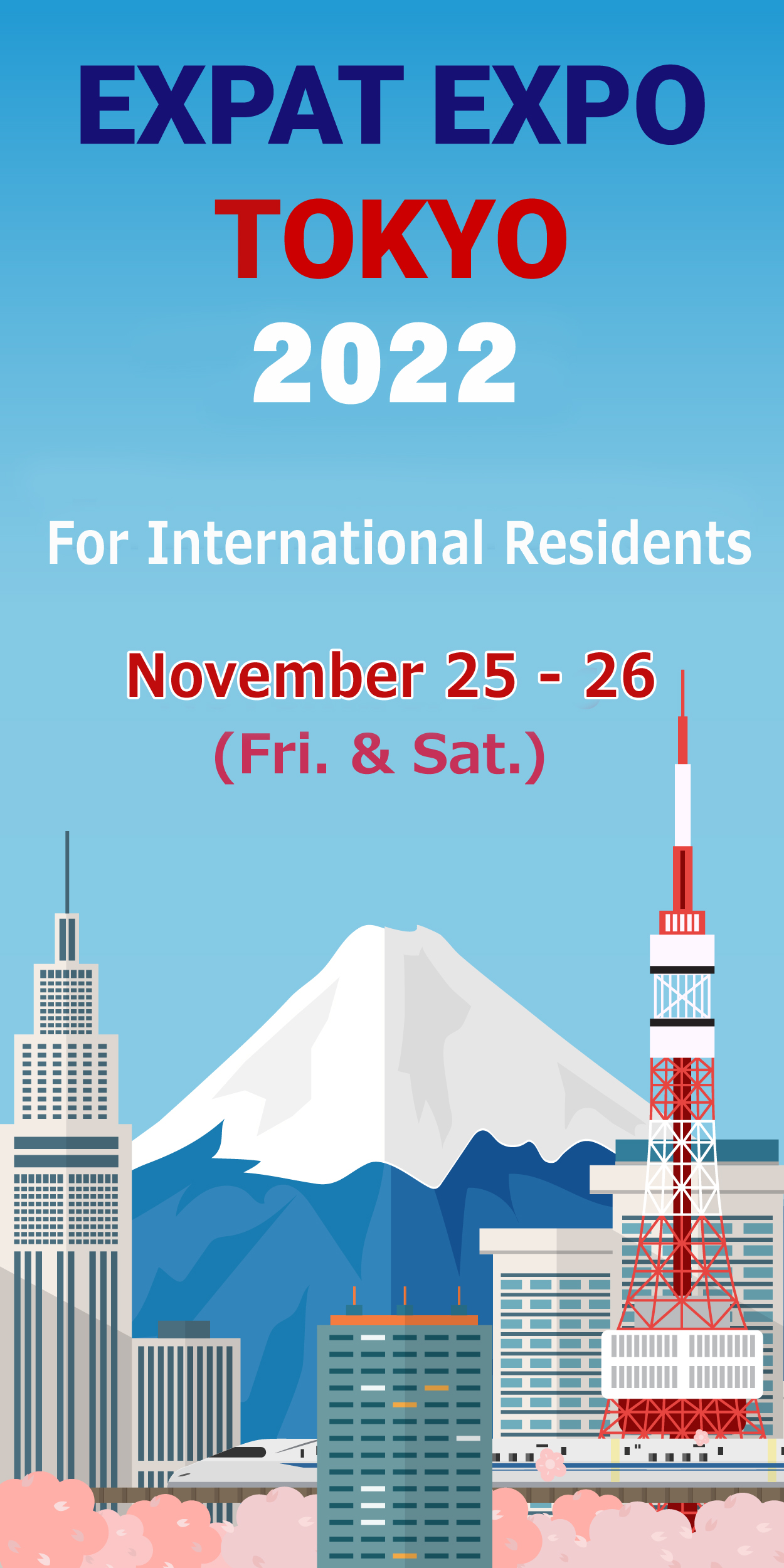